It's a Coconut Water Battle Royale!

Jenn is still in charge! Fear for your lives!

There has been much buzz in the running community of late about coconut water as a wonderful alternative to traditional energy drinks like Gatorade or Powerade - coconut water has naturally occurring electrolytes, carbohydrates, and potassium, with none of the weird preservatives and added sugars. Perfect for a runner's hydration!

But of course there's always a catch. And the catch here is this: no one seems to be able to drink it.

Oh, I exaggerate. Lots of people drink it. But they don't seem to like it. Most of the discussion seems to center around ways to make it palatable - drink it with this flavoring, make it as cold as possible, mix it into something else.

As for me, I loved the idea of ditching the Gatorade. Tons of running sites recommended drinking it after a long run, but I could never quite shake the nagging feeling that it wasn't much better than drinking soda, what with the dyes and the sugars and whatnot. Abandoning it in favor of coconut water sounded great! I just had to find a version I could choke down.

No! I don't want to just choke it down. I'd really, really rather enjoy it, at least a little bit. So I ran to a couple stores, grabbed the flavors I could find, and did a series of post-run taste-tests. Time for some opinions!

Note: I ignored all "plain" flavors. If you can drink straight coconut water, you're already set! 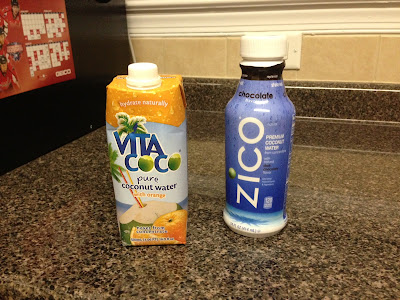 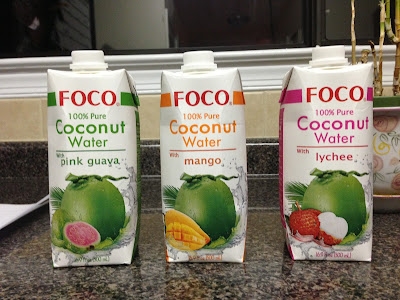 Any coconut water enthusiasts out there? Brands or flavors I missed and need to try?