In Which Jenn Chooses Her Very Favorite Thing at WDW

It's unthinkable. To name a favorite attraction at Walt Disney World is to name your favorite child. You're not supposed to play favorites! It's supposed to be an impossible choice!

I'll give you a hint: if it had been discontinued in favor of the questionable Avatar land, it would have meant the end of true happiness as I understand it.

Here, I'll give you a bigger hint: 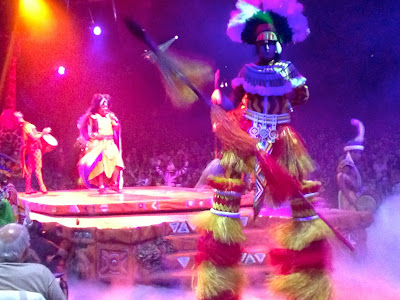 Yes. It's the Festival of the Lion King. Of all the things, I love it most. In fact, I often see it twice in a given trip! Let me explain.

I'm not going to go into a long explanation of what it is, exactly, since the information as readily available and I think most readers are avid WDW fans anyway. Suffice it to say, FotLK uses the music and characters of Disney's The Lion King to form the skeleton of a performance. It is NOT, as so many other shows are, a retelling. The loose storyline is that Simba and his friends are holding a festival of sorts, and as such there is much singing and dancing.

Here are some of the reasons I think FotLK is so great:


My FAVORITE incident happened when Moon and I were there in February. We were sitting in My Spot, which is the right hand side of the lion section, on the edge and up a couple rows. One of the Tumble Monkey acrobats came up to the section and started high-fiving the little kids in front of us. We figured he'd stop before he got to us because, well, we're not kids, so who cares about us? Yet he came up to us and high-fived us both - then turned to me, grinned, KNOCKED ON MY FOREHEAD LIKE YOU WOULD A DOOR, and scampered off. It was HILARIOUS. Thinking of it still makes me laugh. And that's the sort of thing that makes WDW for me.

Not convinced? Here are bunch o' photos I've taken over Lord knows how many years and performances. Apologies for the varying quality; I've had a lot of phone cameras in my time. Experience the glory! 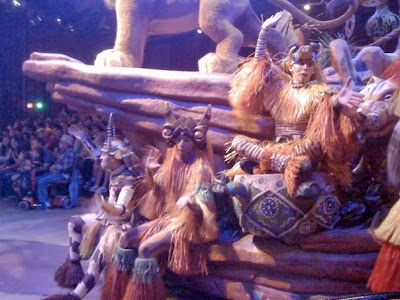 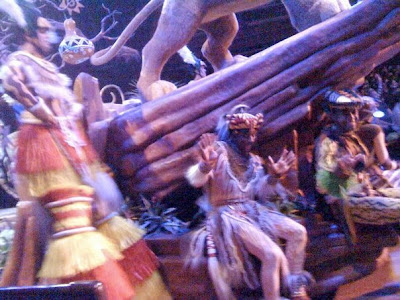 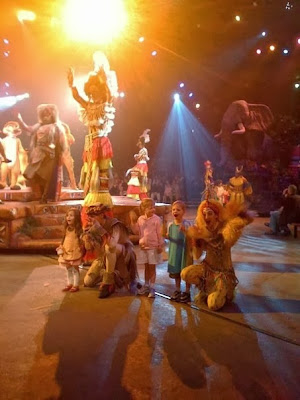 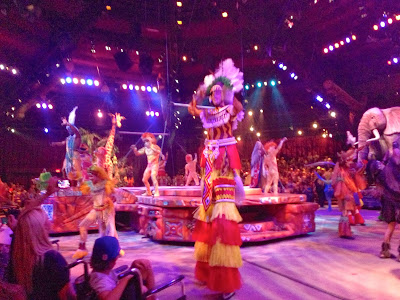 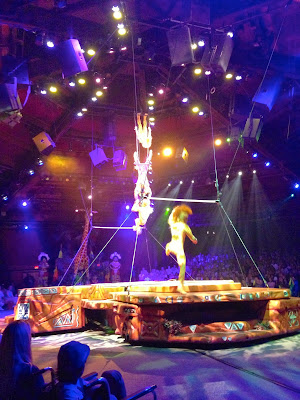 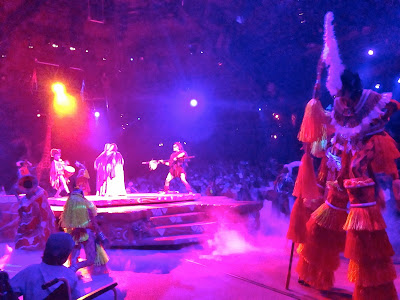 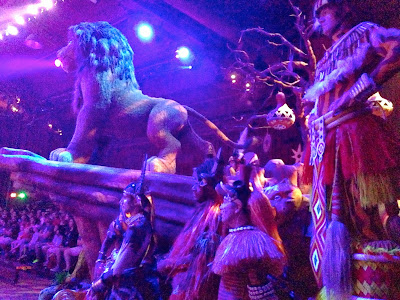 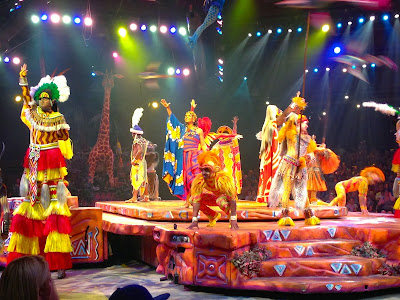