I woke up much earlier than expected and, upon discovering that Estelle was headed to the Animal Kingdom for rope drop, I dressed quickly and joined her.

We picked up a bus and made it to the gate just as they were letting us in - fifteen minutes early! In fact it was still 5 minutes before official park opening as we entered the line for Expedition Everest (have I mentioned that this is my favorite?). The line was still listed at a mere ten minutes when we got off, so we went through again. Has anyone else ever noticed the random hawk that flies past the mountain as you encounter the broken tracks? We never had before but it's a nice touch.

I had a breakfast ADR to catch, but there was still time for a quick walk-on ride on Dinosaur before I headed out. It took a bus fakeout and two or three bajillion years, but a bus finally came to take me to the Polynesian; I think it was supposed to go to the Contemporary first, but as I was the only person on the bus and had been waiting so long the bus driver took pity on me. And a good thing too, because I was increasingly late for that ADR.

Lucky for me, I managed to make it to Kona a few minutes before our table was ready. Whew! Finally count included me, Katherine, Erica, DeJanea, Nicole, Kellie and her sister, and Kimberley and her husband. Awesome to match all these names to faces! More on this in my ADR post at the end of this report.

Estelle and I had made FP+ reservations earlier that day, our first being for Finding Nemo: The Musical at 12:30PM. I knew I would never make it at this point, so I texted her to go on ahead while we poked around in the Polynesian. Highlight: the tiki birds have their own bowls. 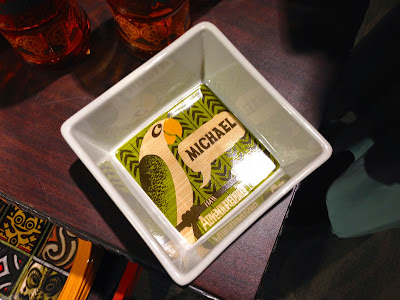 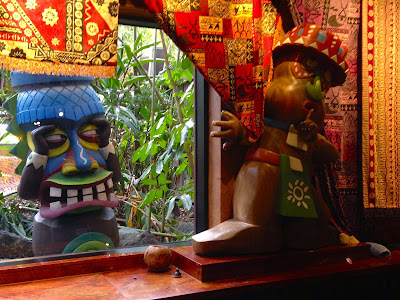 After some browsing, we caught a bus back to the Animal Kingdom, sending the rest of the group on ahead while Katherine and I renewed her Annual Pass in the super-long line at guest services. Crazy theory: My Disney Experience has increased the need for guest services. Oh, also! A random guy at the bus stop said he liked my white rabbit t-shirt. So there's that.

From there, Katherine and I strolled on down to Everest, where we poked around the gift shop to exclaim over yeti cats and locate one of those things, you know, with the glass you can open, and there are drinks and stuff inside? You know those things? Well, we bought PowerAde from them. It was really electrolyted. Electrolit. You know.

Wait. Hmmm. I know I went through Maharajah Jungle Trek to exclaim over tigers, but now I can't remember if I did that with Estelle or Katherine. Based on its positioning in my photos, I think I did it with Katherine. Actually, now I'm remembering that more solidly, but the brain can invent things. Yes? Is that right? Do you remember something about a lack of bats and a particularly sleepy tiger? Whatever. TIGERS ARE AWESOME. 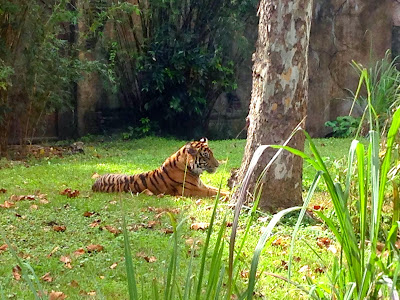 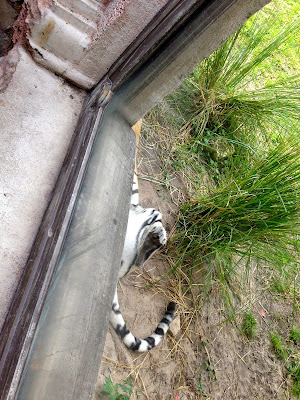 Anyway. At some point before or after that, Katherine and I breezed on through the Everest single rider line, then Estelle showed up so she and I could use our FP+. 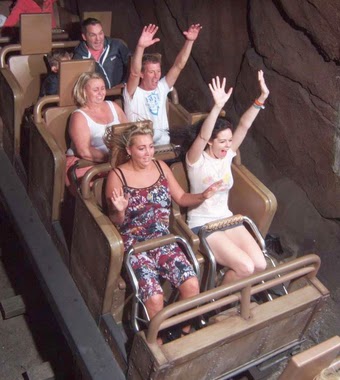 Katherine, DeJanea, and Erica hit the standby line while Estelle and I walked to Mr. Kamal's so I could buy a falafel sandwich. It was pretty delicious too - soft pita and all that, although the falafel could stand to be a little crispier. 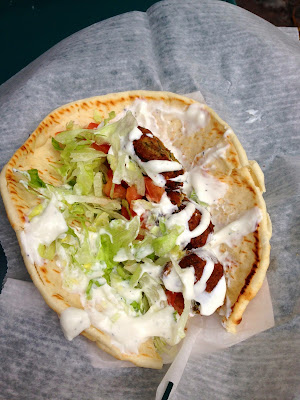 At this point I split off from the group to wander aimlessly and look for this shirt I've been on the hunt for for years - it's the one with Winnie the Pooh peering at a tiger through a magnifying glass, but it says "Tigre, eres tu?" Last spotted in the spring of 2004. If anyone knows of its current whereabouts, please contact me immediately. Also I modeled tiger hats.

On my sojourns I happened across Estelle in Harambe, so I joined her in her appreciation of the musical group Burudika. They led the crowd in something that was kind of like the electric slide, only to Shakira's "Waka Waka?" Such a colorful culture, Harambe!

By the time the show was over, our FP+ for Festival of the Lion King was upon us. Important Fact: If you use the FP+ line, you will be let in a different door, one which, if you take the section directly across from it, will deposit you in the elephant section, not the lion section like if you come in the normal door. Oh well. It's still the best show ever. Now I know!

As soon as the show let out it was time for me to head back to the resort to prep for the Wine & Dine Half. I caught a bus to Art of Animation in delightfully unexpected short order and was back in the room by 6PM. This gave me over an hour to charge my phone, dress, bib up, hydrate, eat my mini Clif bar and steal Katherine's, and just generally get things rolling for W&D. More on that in my next post!