The Fairest Trip Report Of All: Wine & Dine Half After Party Recap

It's time for another trip report! Yay! As I have in the past, I'll be saving our ADRs for a final food review post, but I've decided to sprinkle all the Food & Wine Festival stuff into the report itself. You can see all the entries in this reporthere. Okay, onward!

Picking back up where we left off after the Wine & Dine Half Marathon - the after party! Weather update: STILL RAINING.

First stop in Epcot: the Odyssey bathrooms. Very exciting, no? I needed that space to change out of my sopping wet pants and socks. But don't worry, the next stop was much more interesting: the New Zealand Food & Wine Festival booth for a venison sausage. The sausage itself was tasty but not as exotically flavored as I would've expected. The salad it came with was enhanced with an unbelievably sour dressing that got dumped in the trash. 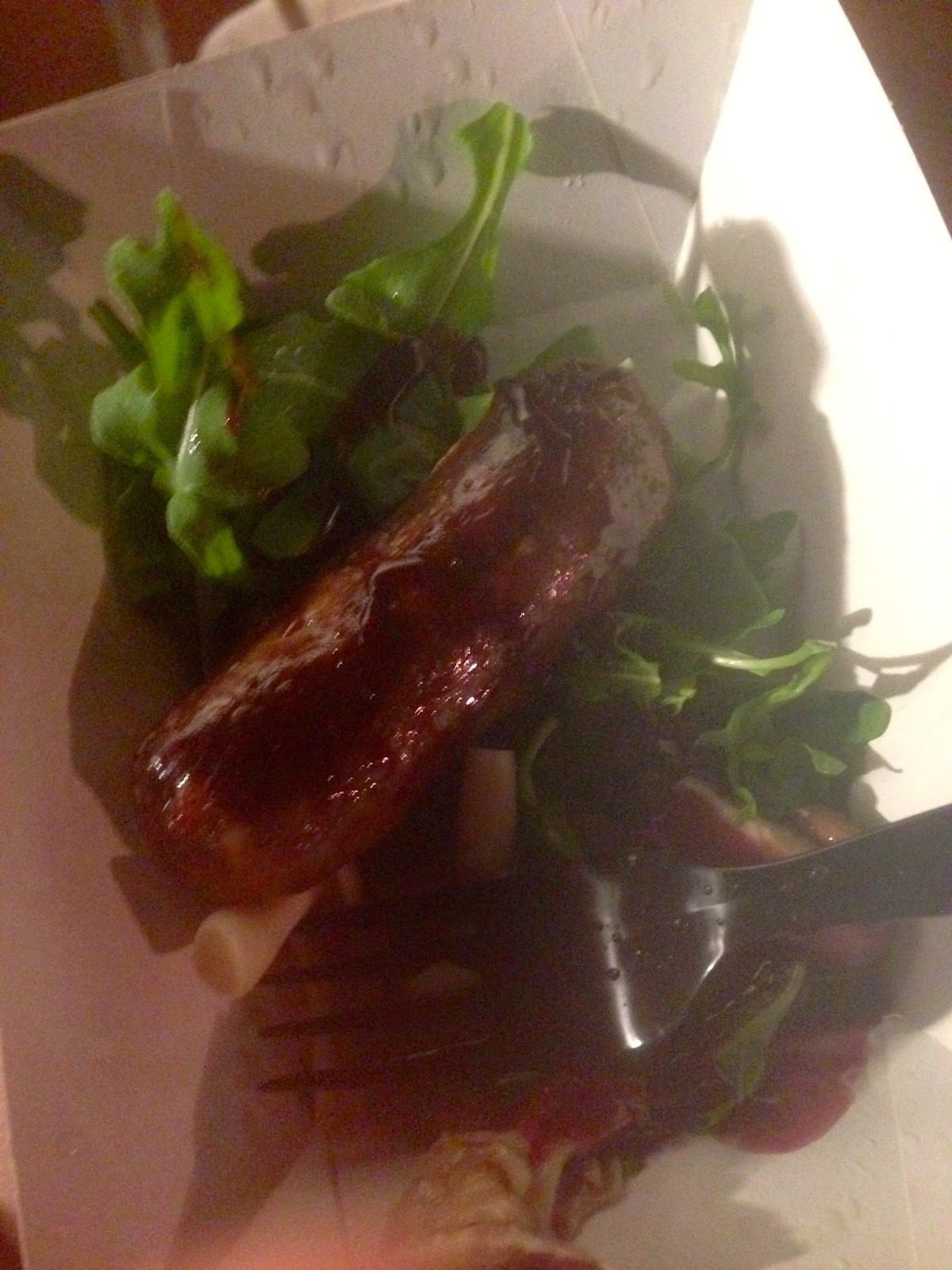 Earlier I had sent out a text informing my travel buddies (to review: Estelle, Nicole, Katherine, DeJanea, and Erica) that I had finished the race, and I was surprised to hear that I was the first of those of us running to finish, at least as far as was known.

I sent back my location and DeJanea and Erica found me just as I was finishing up my sausage. Our mission? To penetrate Darkest Mexico's pyramid and ride the Gran Fiesta Tour with the Three Caballeros.* Not only were we successful, we practically had a boat to ourselves. Indeed, we noticed as we were debarking that the boat in front of us was populated exclusively by two Mexico cast members. Taking a break? Sweeping the ride for drownings? Who knows? Weather update: STILL RAINING. 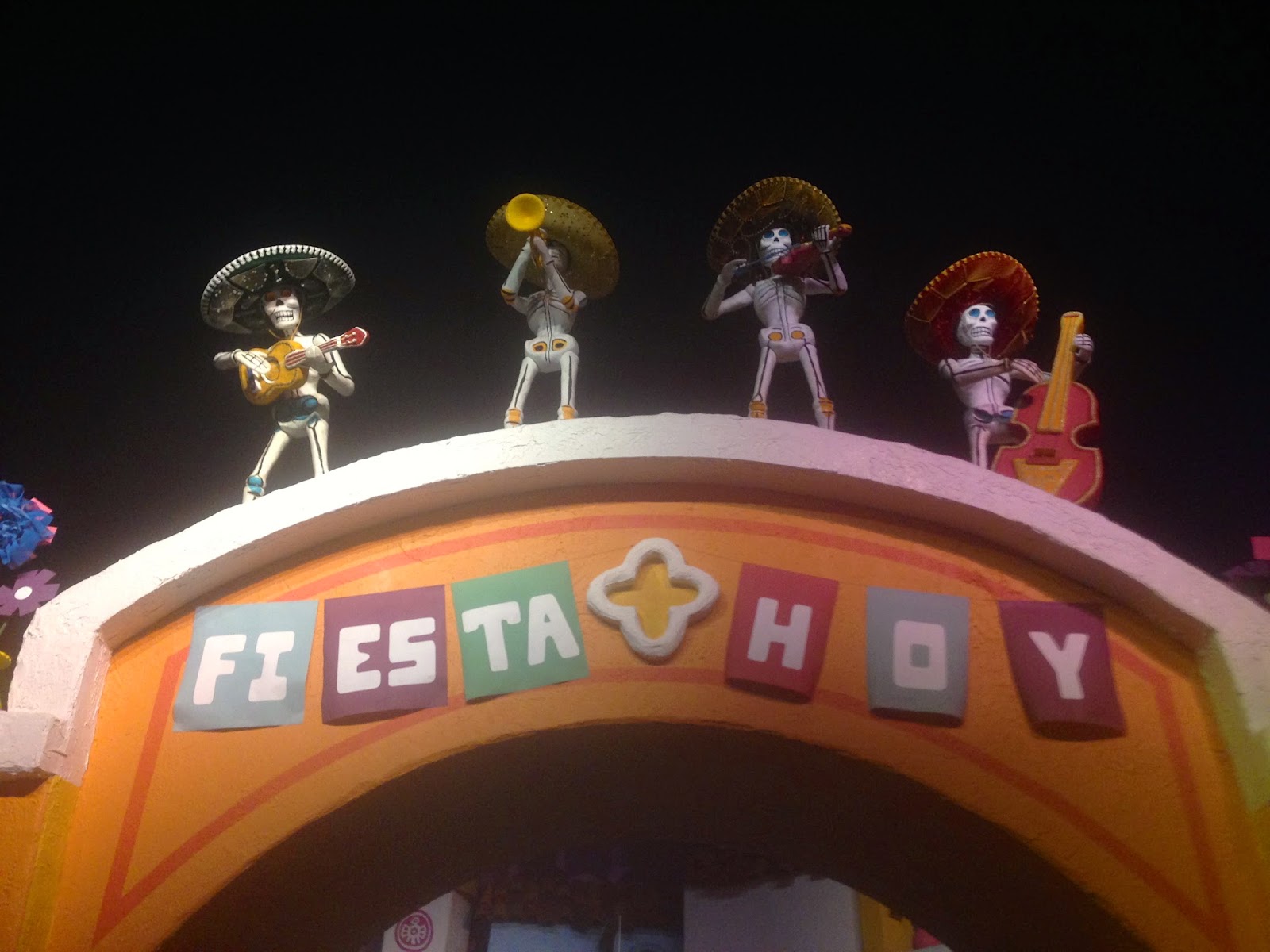 At this time we found Estelle, but soon split off again to accommodate differing gastronomical needs. I stopped off at the Germany booth for a bratwurst in a pretzel roll, which I very much enjoyed because PRETZEL ROLL. Neither the sausage nor the accompanying mustard were particularly groundbreaking, but PRETZEL ROLL. Did I mention the salty wonderful PRETZEL ROLL? PRETZEL ROLL!!! 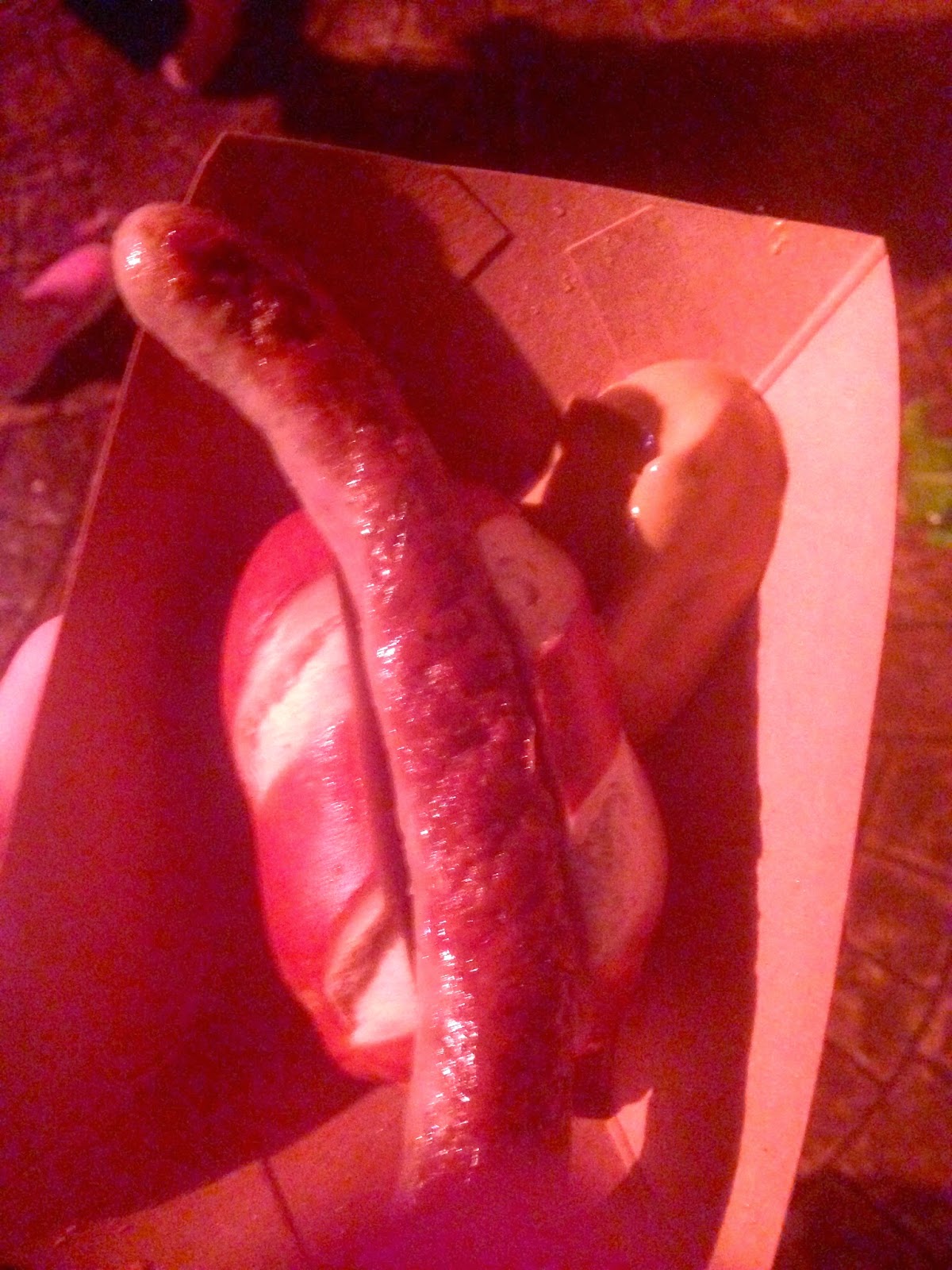 Estelle and I then hit another booth, I think a beer booth? It was somewhere nearby, but unfortunately we didn't get anything because Estelle came to the unfortunate conclusion that she had lost her wallet. I instructed her to continue searching all pockets and purses in case she'd missed it while I ran over to the Brazil booth, following which if it hadn't turned up we would hit guest relations.

I'm going to leave you in wallet suspense while I talk about the Brazil booth. FAVORITE BOOTH OF THE FESTIVAL. Pao de queijo aka cheese bread? AMAZING. GLORIOUS. EXEMPLARY. The cheese was baked right into the dough and suffused the bread entirely; no lava-like pockets, just cheesy bread all the way through. LOVE.

I also purchased the cocada coconut candy, which was essentially just coconut and sugar. If you like coconut and sugar, which I do, you would like this, which I did. If you don't, you wouldn't. It's kinda like eating the inside of a Mounds bar without the chocolate, only the sugar "glue" holds together a little more; for example, it's too hard to easily cut with the side of a fork. 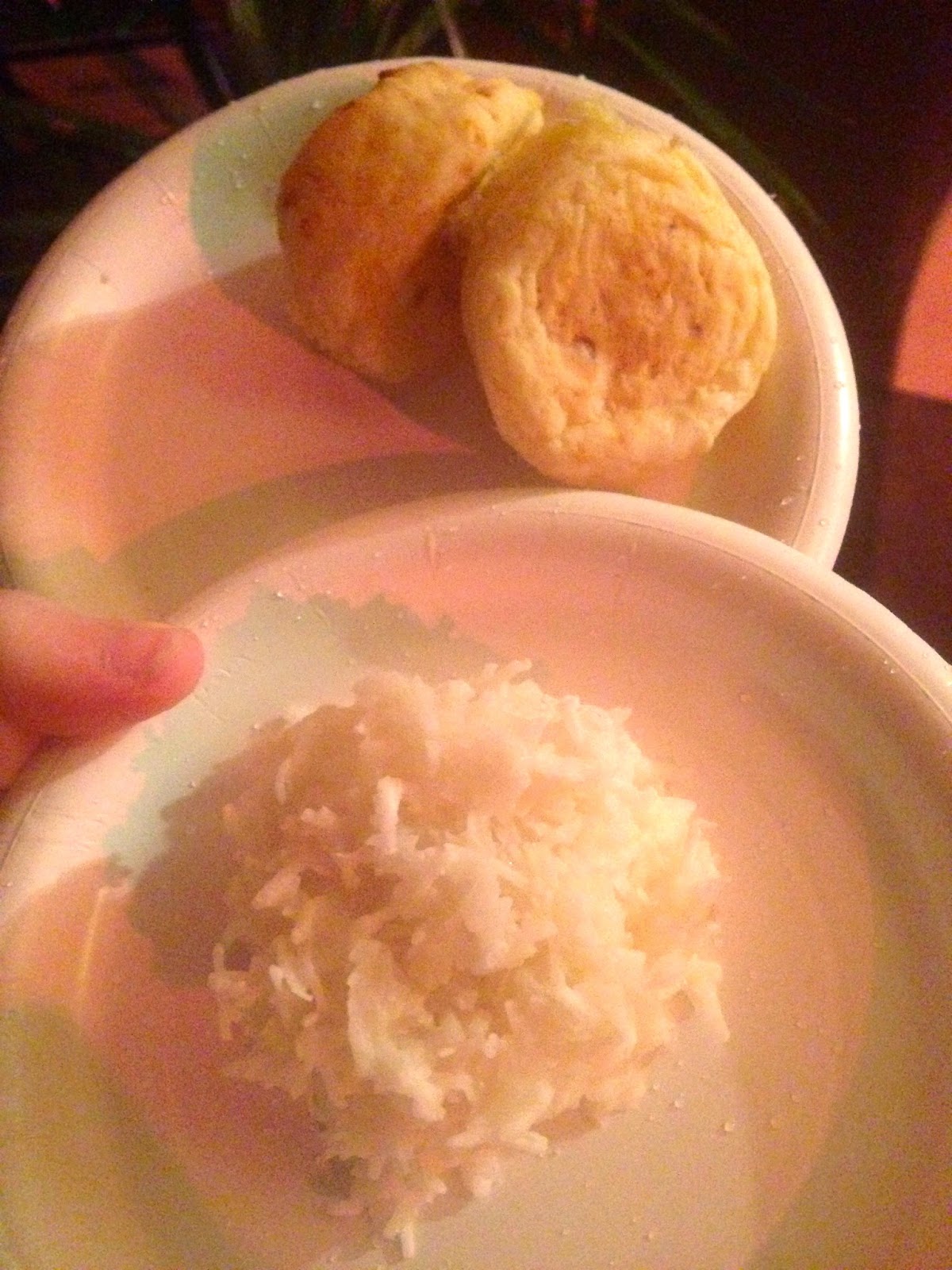 As I was eating my cocada, Estelle and I were traveling to guest services, where, upon arrival, they did not have her wallet. Estelle did, however, find the receipt for the cab she had taken to the after party in her coat pocket, so we strolled over to Soarin' while she called to see if they had it.

Results were not yet conclusive as we walked into the Land pavilion, but Estelle shooed me over to Soarin' while she waited in Sunshine Seasons for a call back from the cab company. I hopped in the standby queue (spookily empty, although once past the divergence point it got more crowded) and took a ride on a glider. By the time I got out, Estelle had received word that the cab company did, in fact, have her wallet. Yay! Weather update: STILL RAINING. 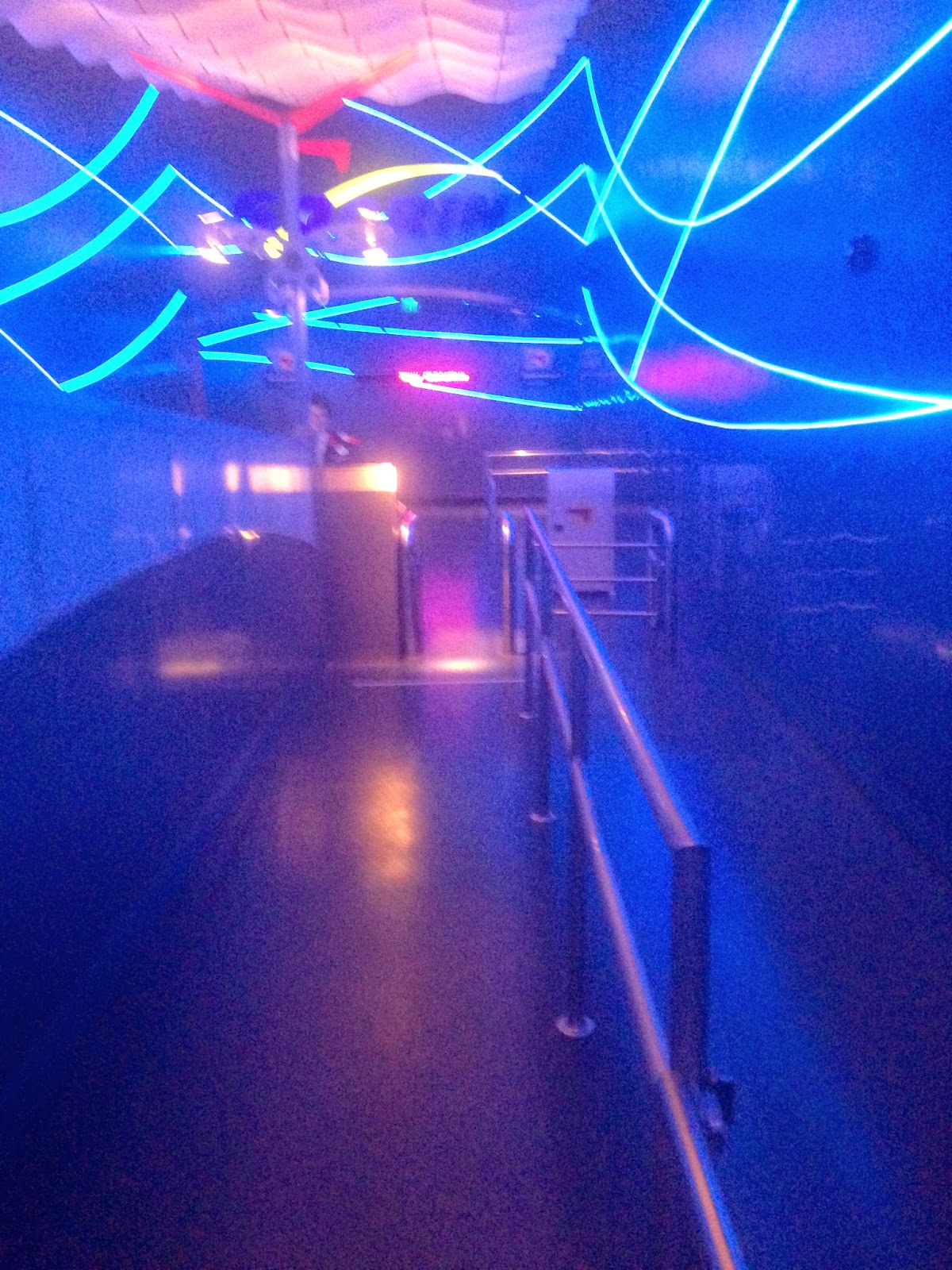 We headed to the front of the park so that Estelle could grab her wallet at the cab stand. I was getting pretty chilly and chose to wait for her in the locker area next to Spaceship Earth. Once Estelle had returned, we took a ride in a time machine while Dame Judi Dench told us all about knowledge on cave walls and the first backup system.

It was nice and toasty inside Spaceship Earth, but outside it was cold cold cold - so cold that it was getting to be too much for me. It was 3:30AM and the after party ended at 4AM. Although I was awake enough to stay out longer, I was starting to literally shiver, so I reluctantly decided to pack it in. Estelle went off to find other members of our group and I caught a bus back to Pop Century. Then I had to brave the walk from Pop to Art of Animation, and just in case you were wondering, weather update: STILL RAINING.

I made it, though! And I took a hot and wonderful shower and went to bed. In the morning: MORE WALT DISNEY WORLD! Yay!

I leave you with this thought.


*And pals though they may be, if some Latin baby says yes, no, or maybe, EACH MAN IS FOR HIMSELF.