In Which Jenn Went to Puerto Rico

Okay, so, like I said before, I spent the long weekend in Puerto Rico. In an effort to make this somewhat more related to the mission statement of the blog, I will say: I did not run in PR but I saw several OTHER people out for a run, which means that if I ever move to Puerto Rico I don't have to give up my hobby.

Also, I ate food! We like to talk about food around here. I wasn't a huge fan of all the fried stuff - did you know that they fry a lot of stuff? - but we were within walking distance of this place called Kasalta and their food was awesome. They had Spanish tortilla, which is basically a glorious potato omelet, and chorizo stuff and media noche sandwiches and about a thousand dessert items including amazing chocolate-covered marzipan balls. I love marzipan (MARZIPAN MARZIPAAAAN*)! They are very proud about the fact that Obama was there once; there's a big sign about it and everything. 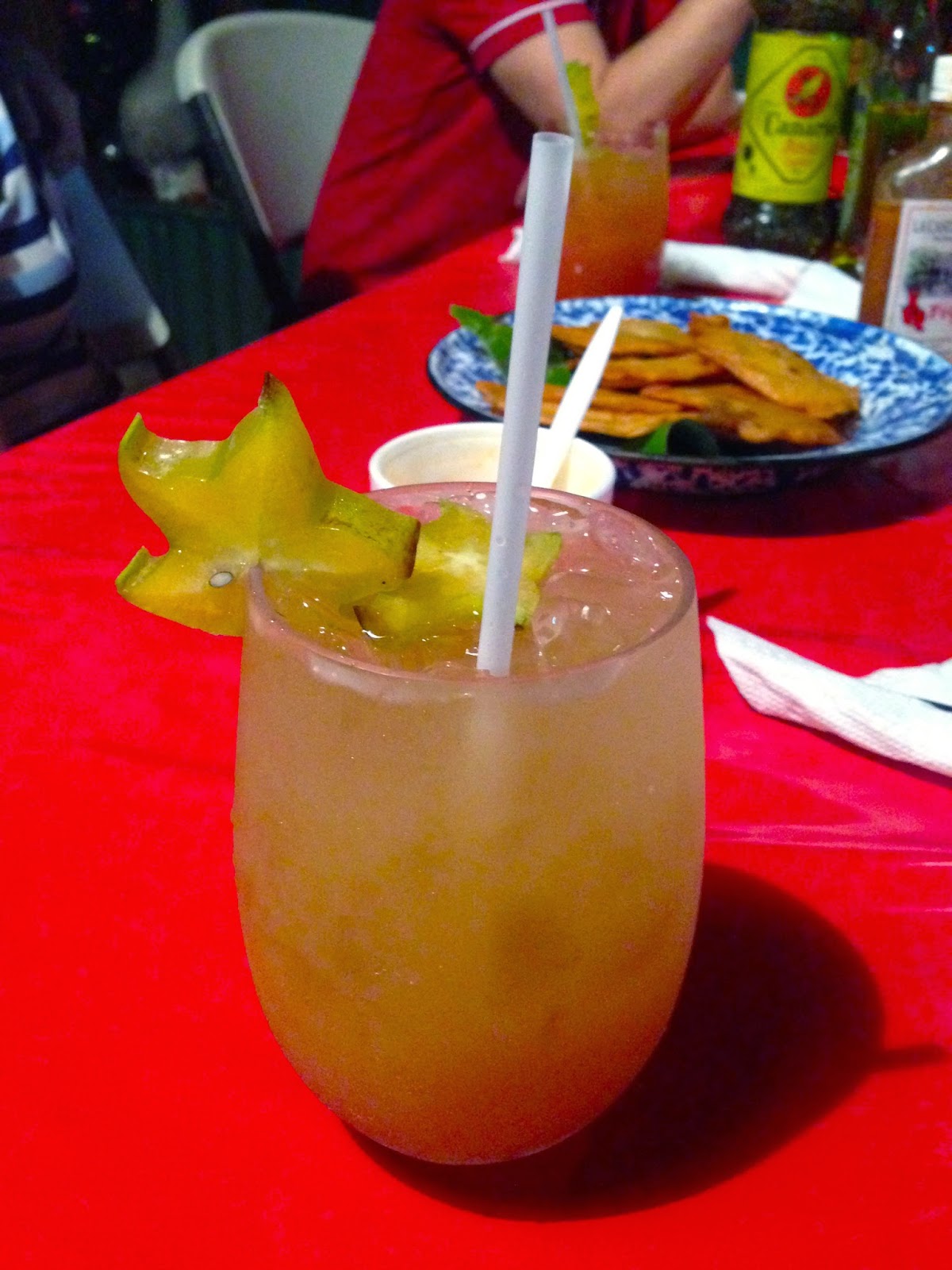 Also, did you hear the Puerto Rico is lobbying hard for a World Showcase pavilion? That's why they had that massive Food & Wine Festival presence. That's related!

Things I can no longer pretend are relevant to the blog but whatever: the beaches are all lovely. We were mostly staying in San Juan but spent a night in Luquillo and the water there was clear and warm and wonderful. San Juan had a slight touch of anarchy about it but Luquillo didn't have that feel to me - I liked it a lot. 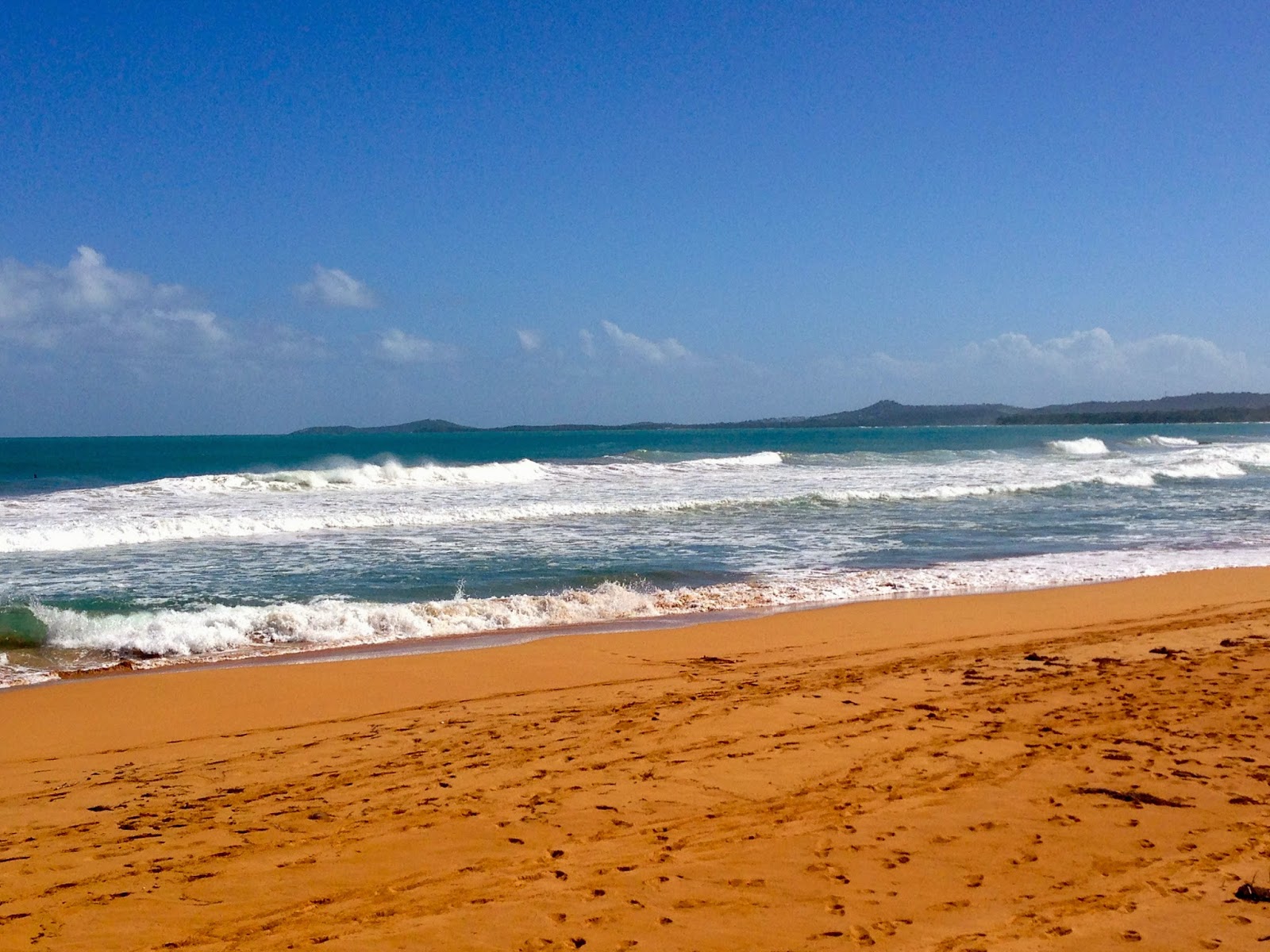 We also went to Old San Juan, which has a beautiful old world, European feel to it. With, y'know, touches of modernity. 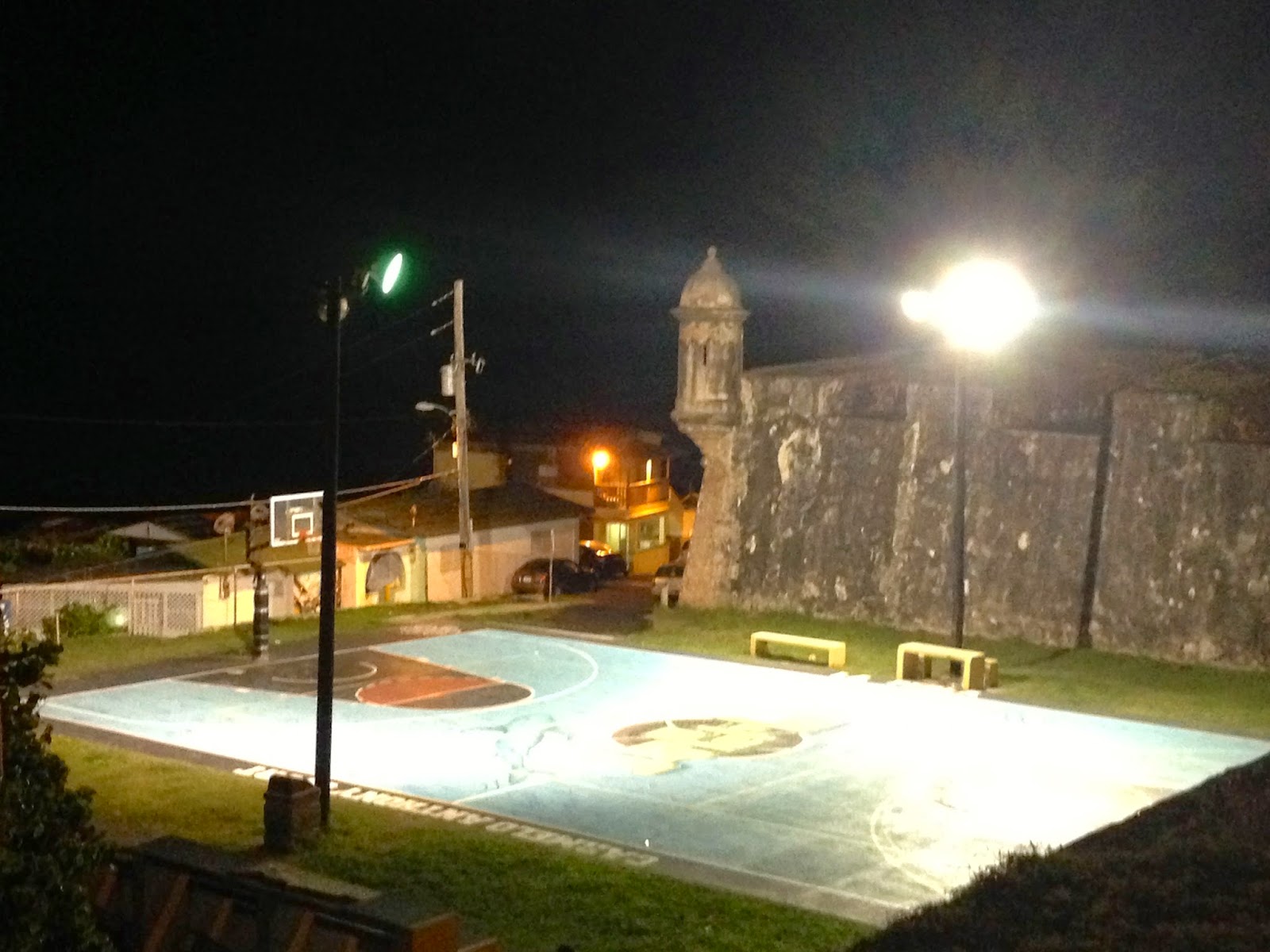 The Christmas decorations were up in full force, which was a little weird because it was so warm out (like Christmas in WDW, anyone?). The Three Kings are VERY big there, although the governor took a more lights-intensive approach to his decorations. 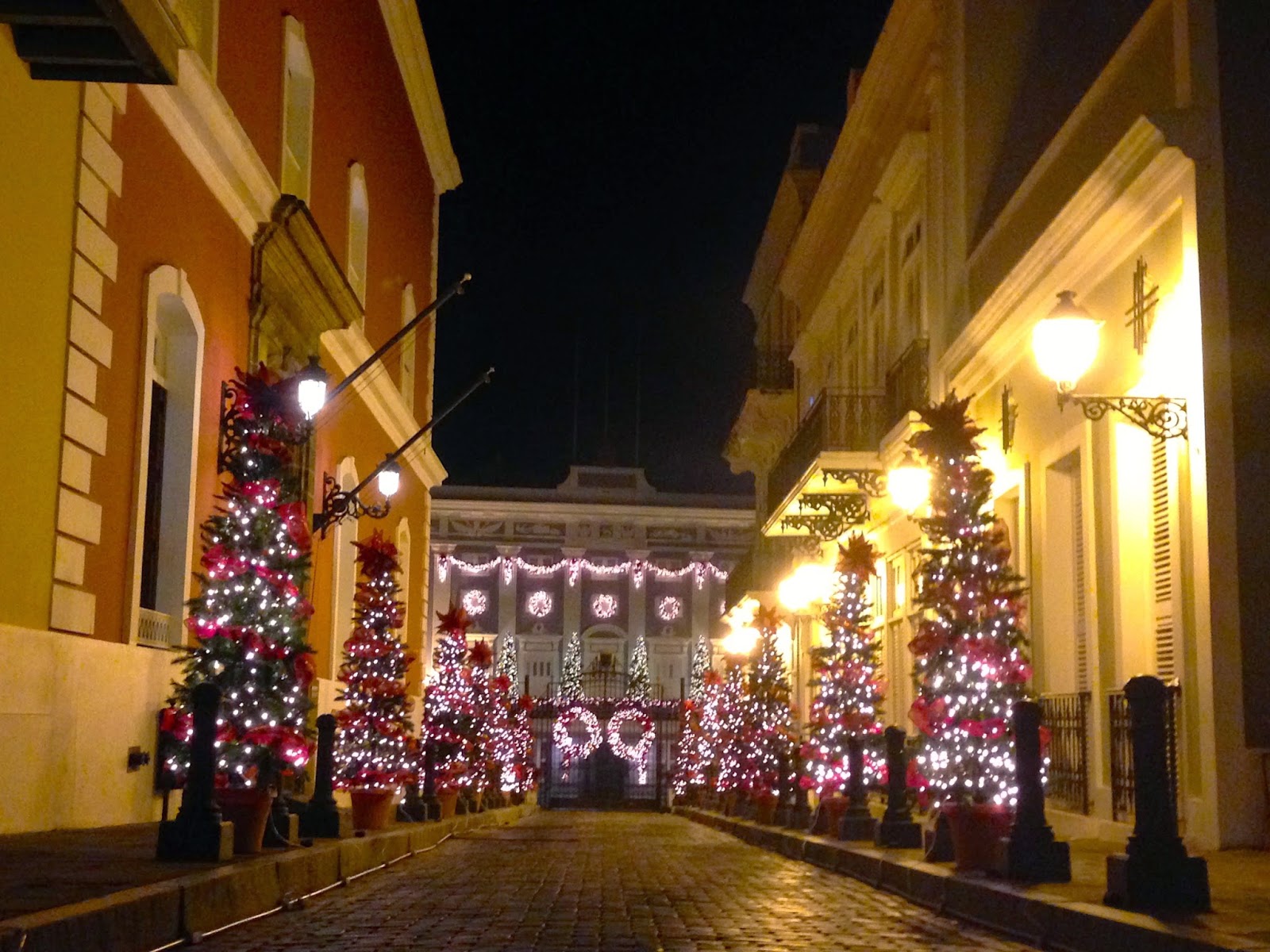 But my FAVORITE part was when we walked down a little residential street and saw cats sitting on stoops. A big black cat came over to me, so I crouched down and he circled me, rubbing up against me and then rolling on his back. Then a smaller black cat wandered up, and THEN a stripey cat came over, and basically I was the Queen of Cats for like two minutes until my boyfriend pointed out that our friends were leaving us behind and no, he was not going to leave me alone in an alley with a bunch of cats. 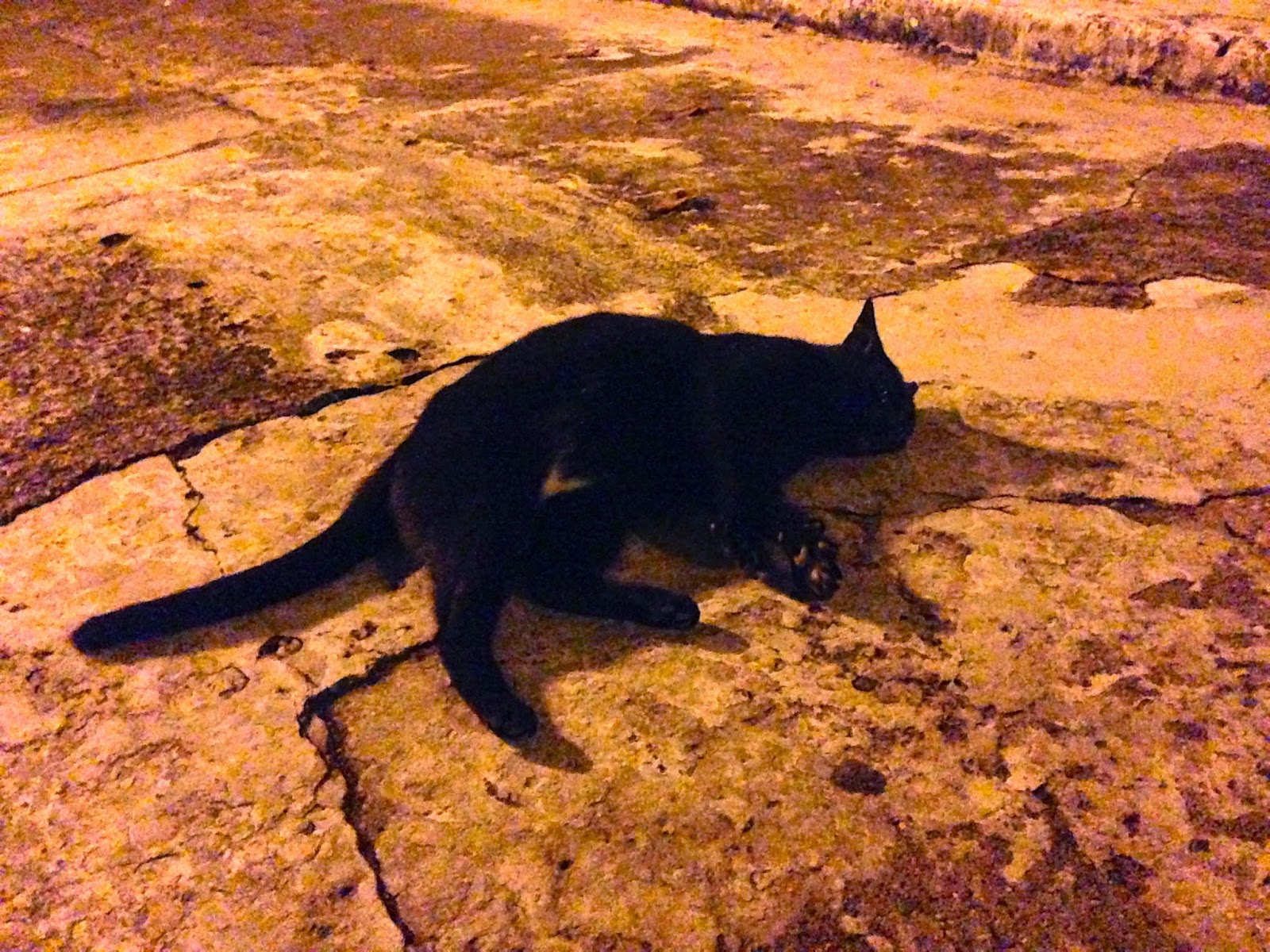 Also, Latin Parking! (What does this mean?) 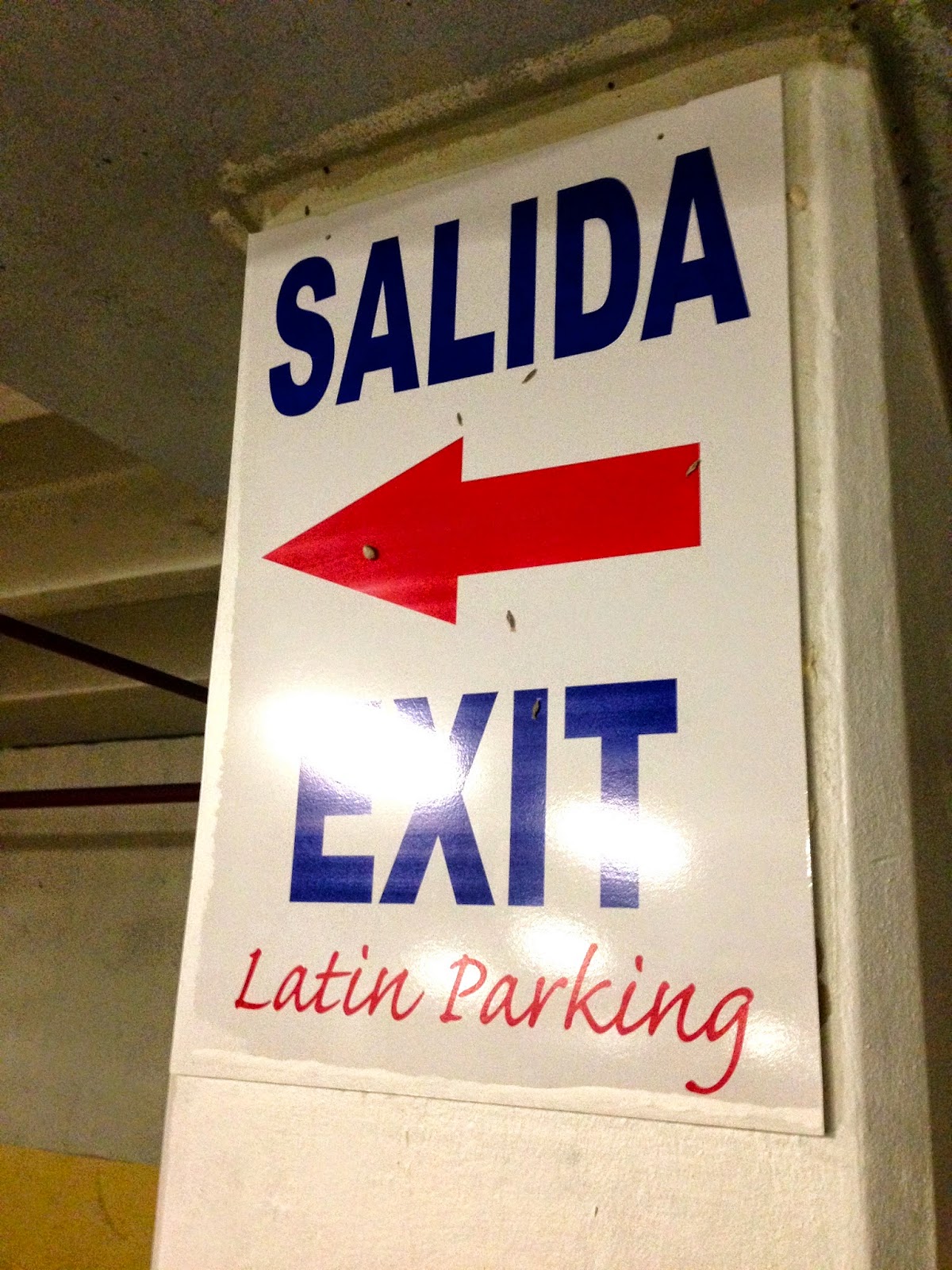 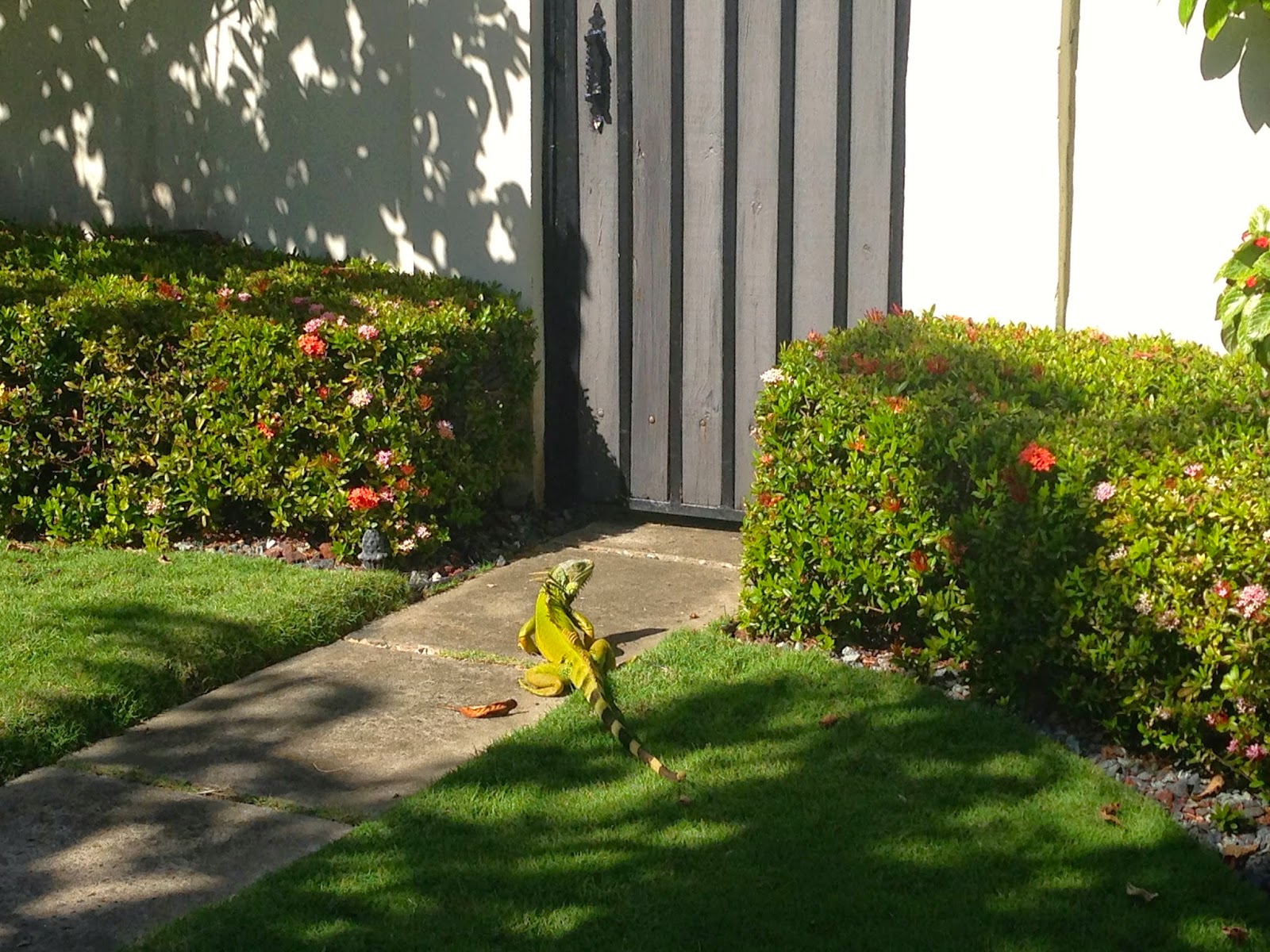 Also, our flight back was on Penguin One! 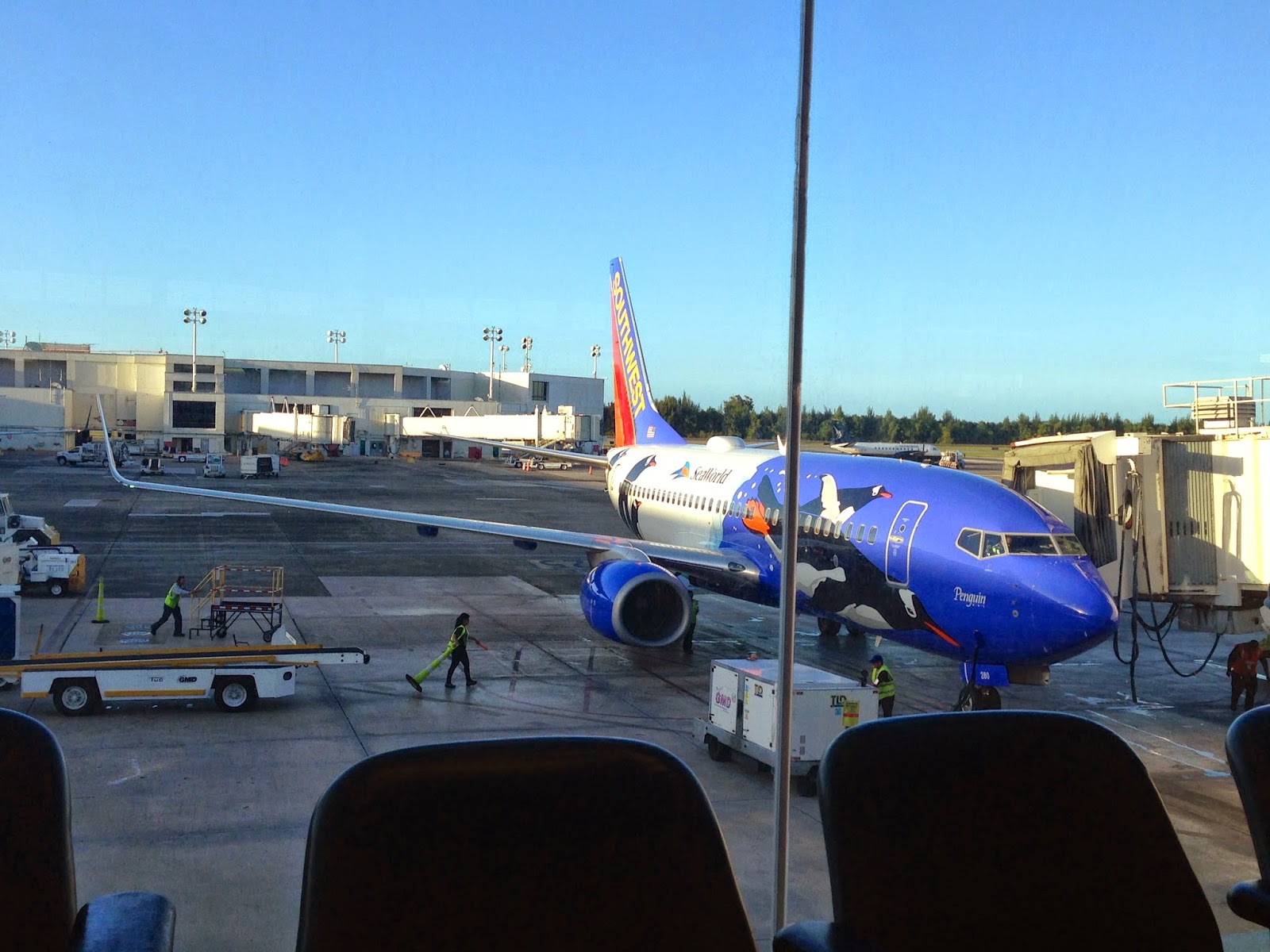 Also, Puerto Rico was fabulous and I would totally go back. WEPA.