Since it took so long to get a bus from the 5K finish, I was behind schedule for getting us to the Studios before rope drop - but I was SO COLD that I didn't care. I asked Pat if he minded terribly if we got to the park a bit late, and as that meant he got to sleep a little longer, he readily agreed.

I immediately took what probably turned into close to a half-hour long shower and dried my hair before waking Pat up again. On our way out we stopped at the food court for coffee before picking up a bus which shared stops with POFQ and make me miss Pop. The multi-stop system is bad enough without adding other resorts. Dear Disney: people at moderate resorts should not think wistfully back to amenities from value resorts. Please quit it with the bus sharing.

We got to the Studios around 9:45AM and I did some quick calculations, determining that if there was no line (there wasn't) we could easily fit a spin on the Great Movie Ride into our morning and still make our first FP+ window (which we did). We got the gangster, because I always get the gangster for some reason, but both the host and Mugsy were actually decent actors for once, all things considering. Mugsy in particular tried really hard to engage the front row, in particular the man right next to him, but the guy was NOT having it - no eye contact, no nothin.'

For some strange unknown and unknowable reason, Pat is a big Alien fan, so we struck a deal. Pat is in the process of quitting smoking, and we agreed that if he promised not to bum cigarettes off anyone all week, I would - GASP - keep my eyes open during the Alien portion of the GMR. I NEVER DO THIS. I get as far as the audio-animatronic Sigourney Weaver and I am OUT. But the deal was too tempting, so I watched the whole segment. I survived but the one coming out of the ceiling freaks me out. (The one on the side only seems to do anything if you happen to be in the back of the train.)

While hanging out waiting for the 5K, I had mentioned to Katherine that I had, at Pat's behest, made FP+ reservations for Tower of Terror. As I had refused to ride this in November, Katherine was aghast at the idea that I might do it without her, and she got her own overlapping FP+ so we could ride together. We met her by the entrance and rode it and once again I survived but UGH SO MUCH ANXIETY. Stupid randomizing computer! Set up a pattern so I can brace myself properly! 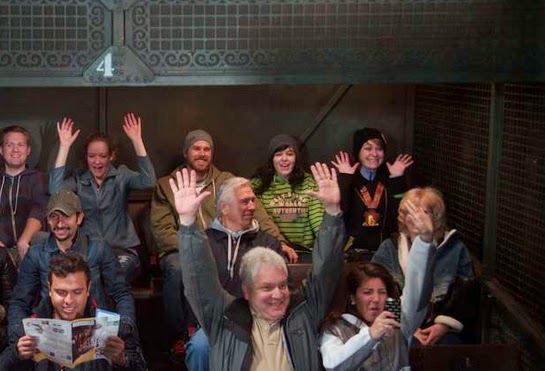 By that point it was snack time. Katherine had an emergency rice krispie treat to sustain her while Pat and I shared a turkey leg from Fairfax Fare. Thus fortified, we all ran over to MuppetVision 3D, where the Swedish Chef reported that der machinen is going floomy-floomy. 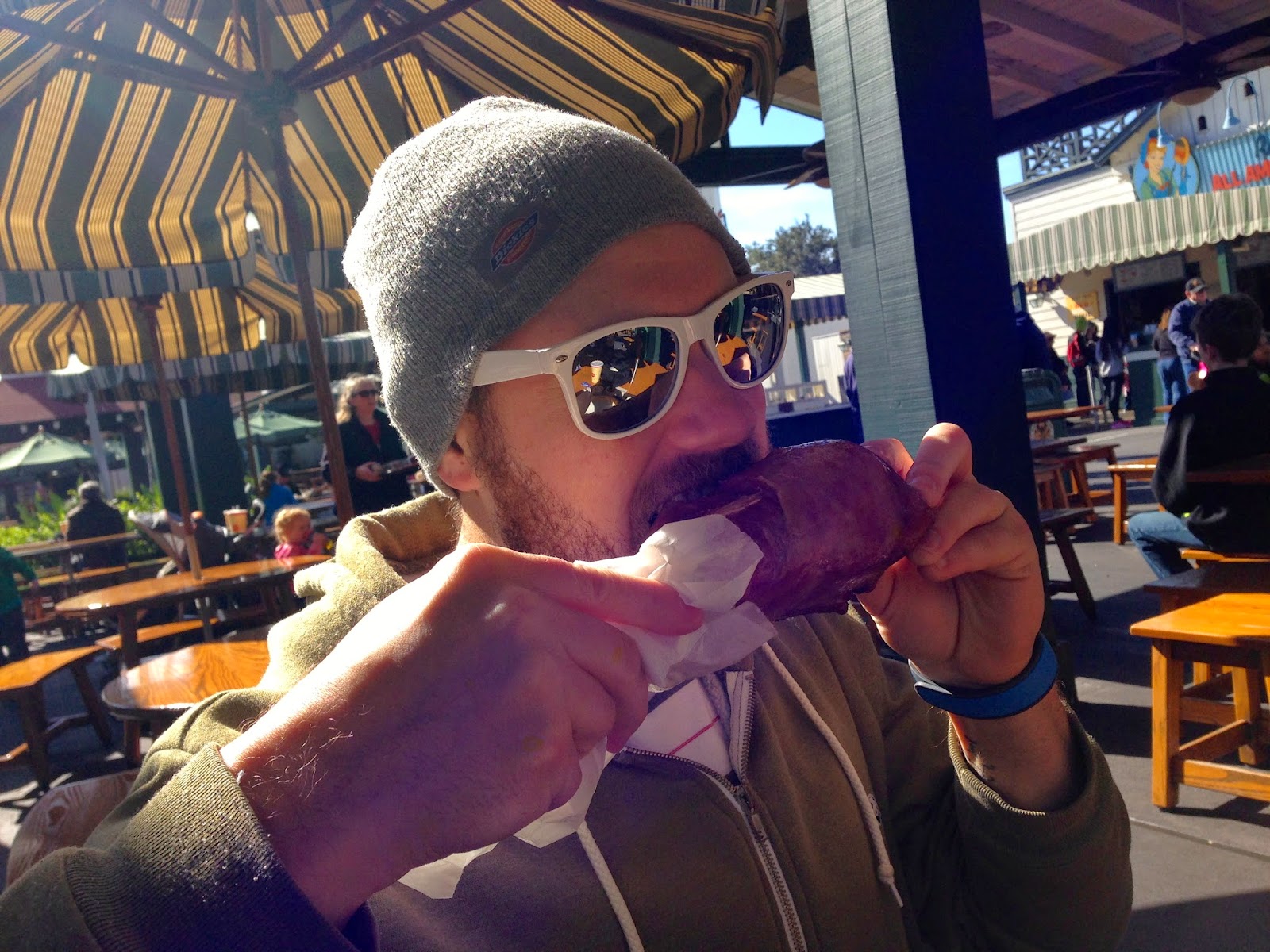 Pat is a big fan of Animal, and so we went into the Muppet Stuff store in an effort to track down a t-shirt. The selection of such was decent, but even after a cast member checked in the back they didn't have his favorite in his preferred size. We resolved to keep an eye out as we wandered the parks; you know how random merchandise selection can be.

From here Katherine split off for her Toy Story Midway Mania FP+ while Pat and I went to cash in the same for Aerosmith Rock 'n Roller Coaster. You know how in the pre-show sometimes the cast member will shout out a really lackluster and clearly scripted line about backstage passes? Our CM did not. What he said as we exited the pre-show area was this: "Congratulations on your backstage passes. That never happens every three minutes." We enjoyed that. Oh, and our stretch limo soundtrack featured "Love in an Elevator" AND "Walk This Way," so that was fun. 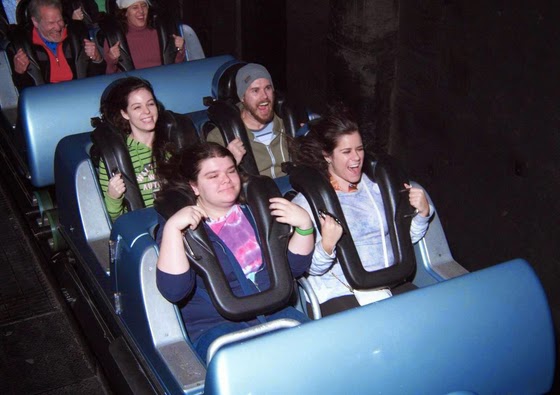 We ducked in a couple stores to check for the Animal shirt on the way out, but no dice. Then it was time to pick up the bus to the Animal Kingdom, where we immediately hit up the FP+ kiosk and picked up a Dinosaur slot. Then it was a quick walk over to Everest where the standby line posted a 55 minute wait. Pass.

Instead we hit up the Kusafiri bakery in Africa for a brownie and a cupcake (more on this later), which we sat on a bench and ate while Burudika regaled us with their song-and-dance number to Shakira's "Waka Waka." I love audience participation when no one is making me participate! 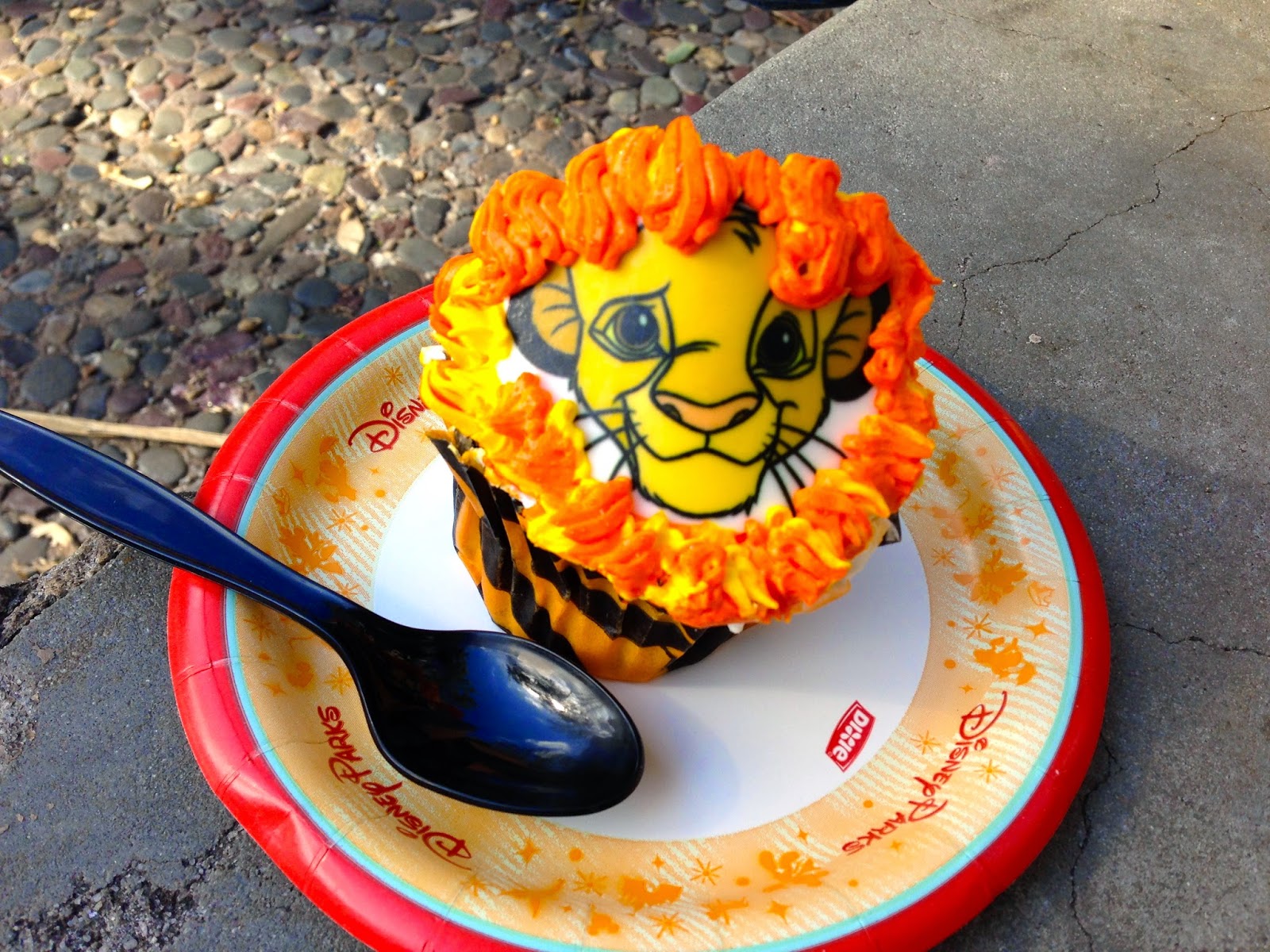 After our sugar shot, we traveled back into Asia for Maharajah Jungle Trek. As on my last trip through the ruins, the bats were for some reason not out, but the tigers were! <3 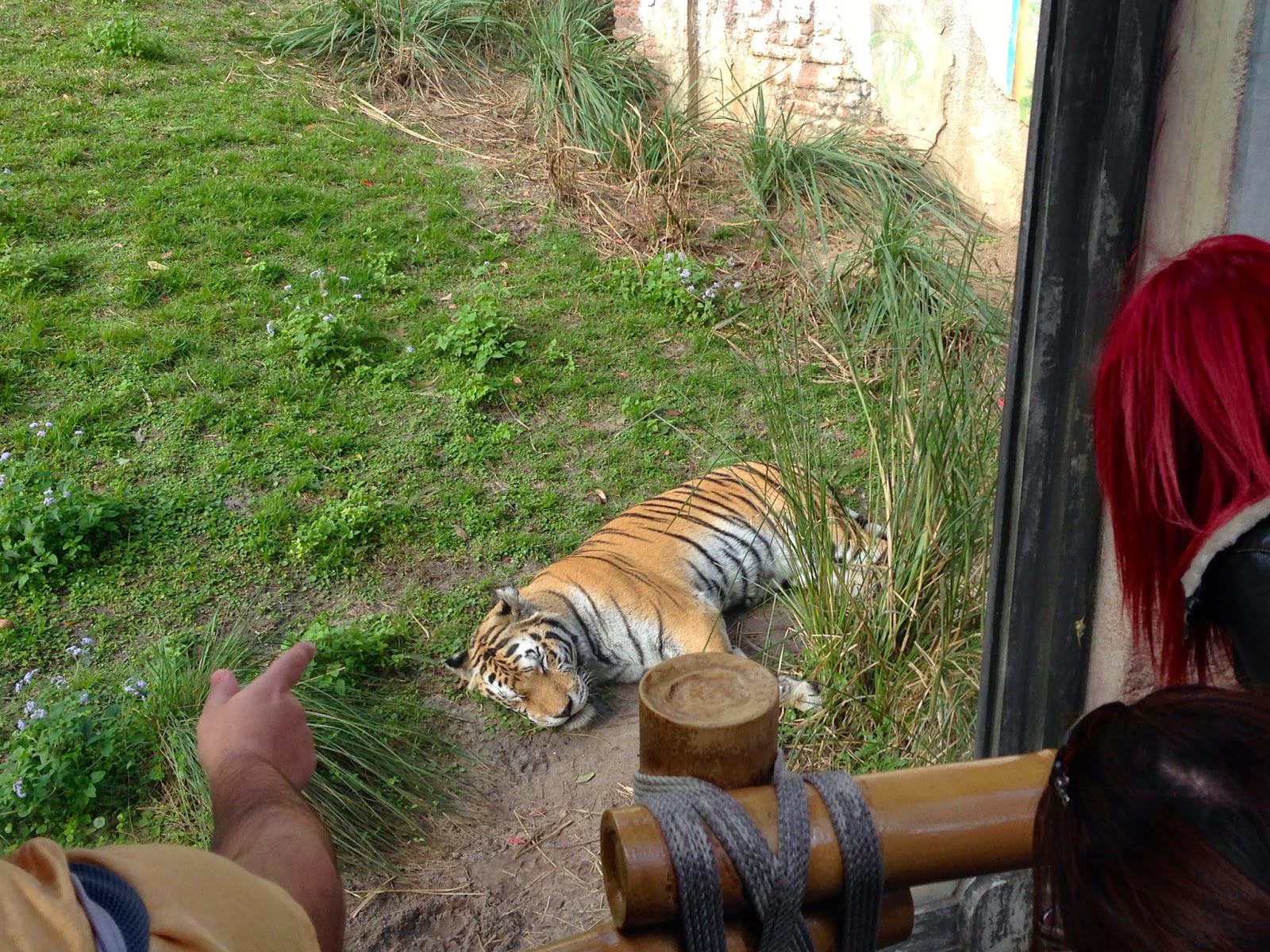 By that point our Dinosaur FP+ had opened up, so we skipped over to Dinoland USA and took a trip in a Time Rover. Pat thought this ride was both awesome and hilarious and immediately began planning the bored and unconcerned faces he would make for the carnotaurus ride photo in the future. 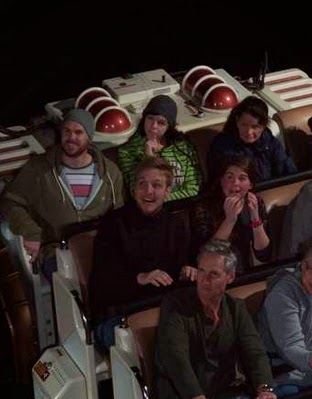 Primeval Whirl was right there and had minimal wait, so we hopped in line. It was here that Pat had his first experience with everyone's favorite park phenomenon: the Line Stragglers. There were three or four people initially in the group ahead of us, but by the time they reached the front of the line and additional five or six people had 'scuse me'd their way through and joined them. I will give a pass to people traveling with small children, but there was no one younger than fifteen among them. I think the general rule should be: either everyone gets in line or no one does.

It was getting late in the afternoon and the Animal Kingdom closed at 5PM that day, so we wandered over to Everest again and got in line despite the 30 minute wait. Luckily the Everest queue is reasonably entertaining; it wasn't too painful. And the ride was such a hit with Pat that we immediately got back into line upon exiting. 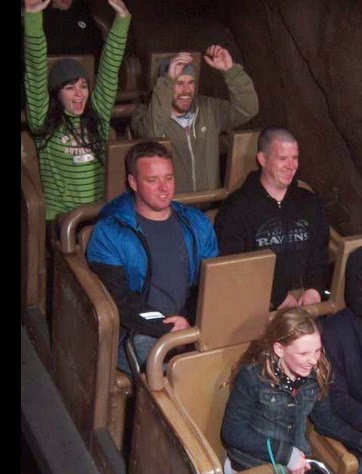 Note about Everest: remember how Estelle and I discovered that there was suddenly a bird of prey before the backwards drop on Everest? Well, Pat and I reached the top of the hill and I pointed his eyes in that direction. And then... nothing happened. No bird. Is this variable? What the heck?

Animal Kingdom was closing by then, so we hopped a bus home, passing the time by chatting with the people near us. We debarked at the main depot and swung through the gift shop for water and some Vaseline; despite having checked this off in my packing list mine didn't seem to have made it into my suitcase. We also tried to find Pat some pajama pants as he'd forgotten his at home, but nothing quite struck his fancy.

We went back to the room briefly to drop off our stuff before heading to Boatwright's to see if they had any walk-up availability, which, as it happened, they did. More on this later.

And so ended our day. I did some race prep, set a billion alarms, stole Pat's hoodie again (although we'd turned up the heat; I just wanted it), and went to sleep to the sound of him working away at his laptop.