The Fairest Trip Report Of All: The WDW 10K

The weather predictions for the 10K weren't nearly as horrendous as the 5K the day before, but the early morning was still far from balmy. I scrapped all my earlier clothing plans in favor of putting my long-sleeved shirt on again (don't worry, it never saw sweat thanks to the 5K's all-too-tactile tribute to Frozen). I did put on my running capris since my long pants have any annoying habit of sliding down as I run, but I did top it off with a throwaway sweatshirt and donned my fleece cap once again.

Thus protected, I ventured out into the chilly early morning and boarded a bus bound for the race start. The area was a little more lively - the deejay was having a much easier time finding people who were willing to dance it out - but I still made a beeline for the warm tents. I found Katherine and Kinley in the same tent as before by our pillar of consistency, the man in the brown Afro wig (if you're out there, sir, thanks for providing us with a landmark!). We passed the time talking about nothing of import before volunteers shooed us out of the tents and toward the corrals.

Like I said, it wasn't nearly as bad as the day before, especially with my extra sweatshirt protections, but it wasn't exactly puppies and rainbows either. We shivered our way over to the corrals where I once again said goodbye to the K-names at B before heading into C. The wait time between corral starts once again felt unusually long, but the chit-chat between was mildly amusing - it's always nice to see Sean Astin, Official Mascot of runDisney.

Finally, we were off! With a sense of deja vu! Because basically the 10K is the 5K only with more time on the highway! (Poetry!) Or anyway that was what it felt like to me. I mostly zoned through the entire street portion, playing Tangled's "Kingdom Dance" on repeat and choreographing a ballet in my head. I did briefly stop on an overpass and observe what appeared to be an endless stream of runners behind me. These races truly are crazily massive. I can feel the lottery coming and I fear it. 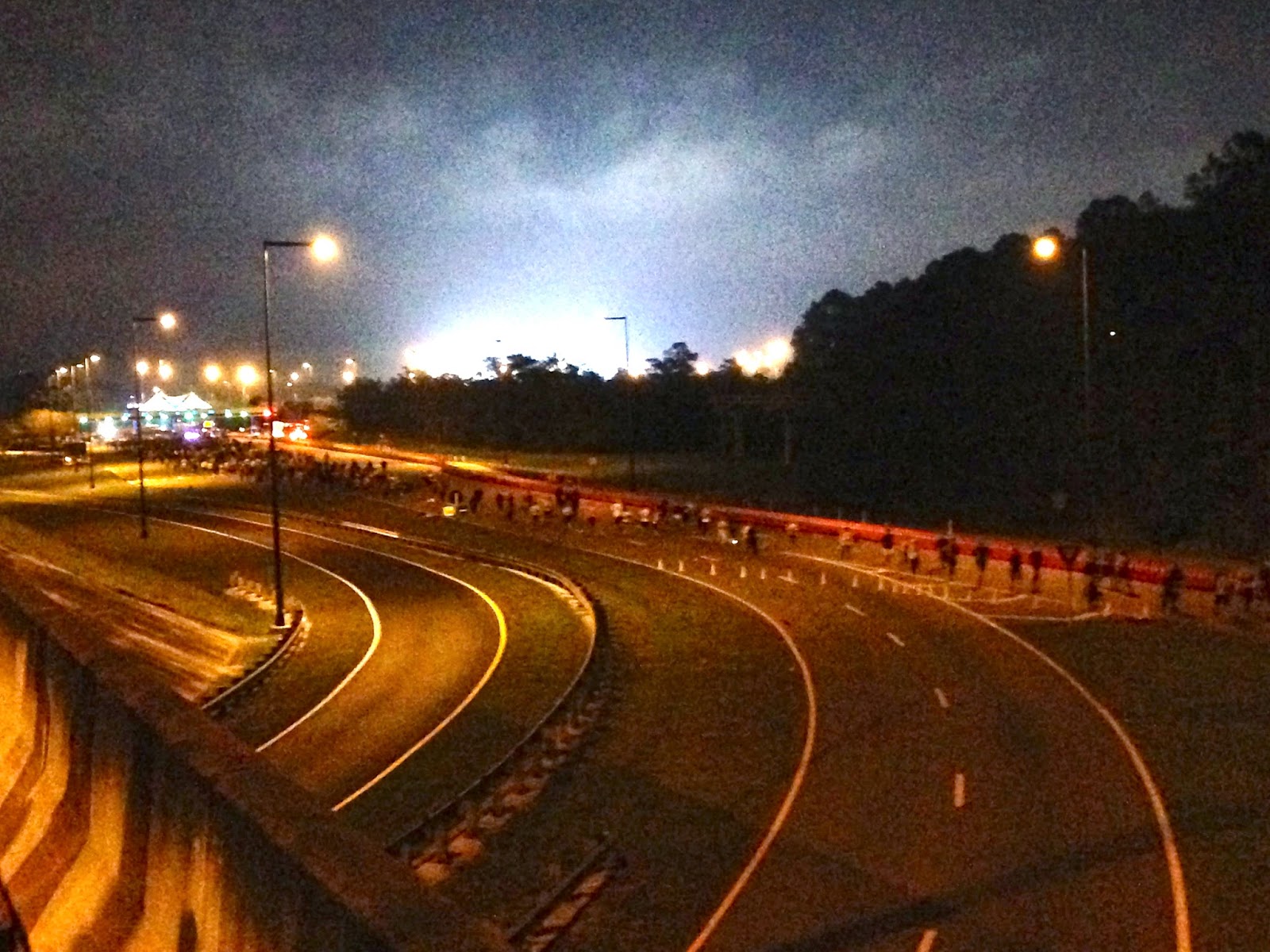 Just outside Epcot I reluctantly tossed my sweatshirt with the knowledge that I wanted the photographers to be able to capture my bib in case by some miracle I had become a photogenic runner (this is unlikely to happen EVER but a girl can dream). I didn't exactly delight in the chill that hit my slightly sweaty frame the second it was exposed, but then neither did I curse every decision that had led me to that particular moment in time, so again, better than the 5K.

I love Epcot, but as I noted above the route through it was exactly same as the 5K. Given the amount of running I still had to go in the coming days, I couldn't quite drum up the usual enthusiasm. Indeed, my outlook was primarily one of "... but I just DID this..."

All the same it was a hell of a lot more fun than any of my usual routes at home, so don't feel too sorry for me. I put the World Showcase behind me at a slow but steady rate - so far so good on pacing - and passed by Spaceship Earth and a pair of gigantic puppets before crossing the finish line and accepting my much more substantial medal and the usual food and beverage supply. 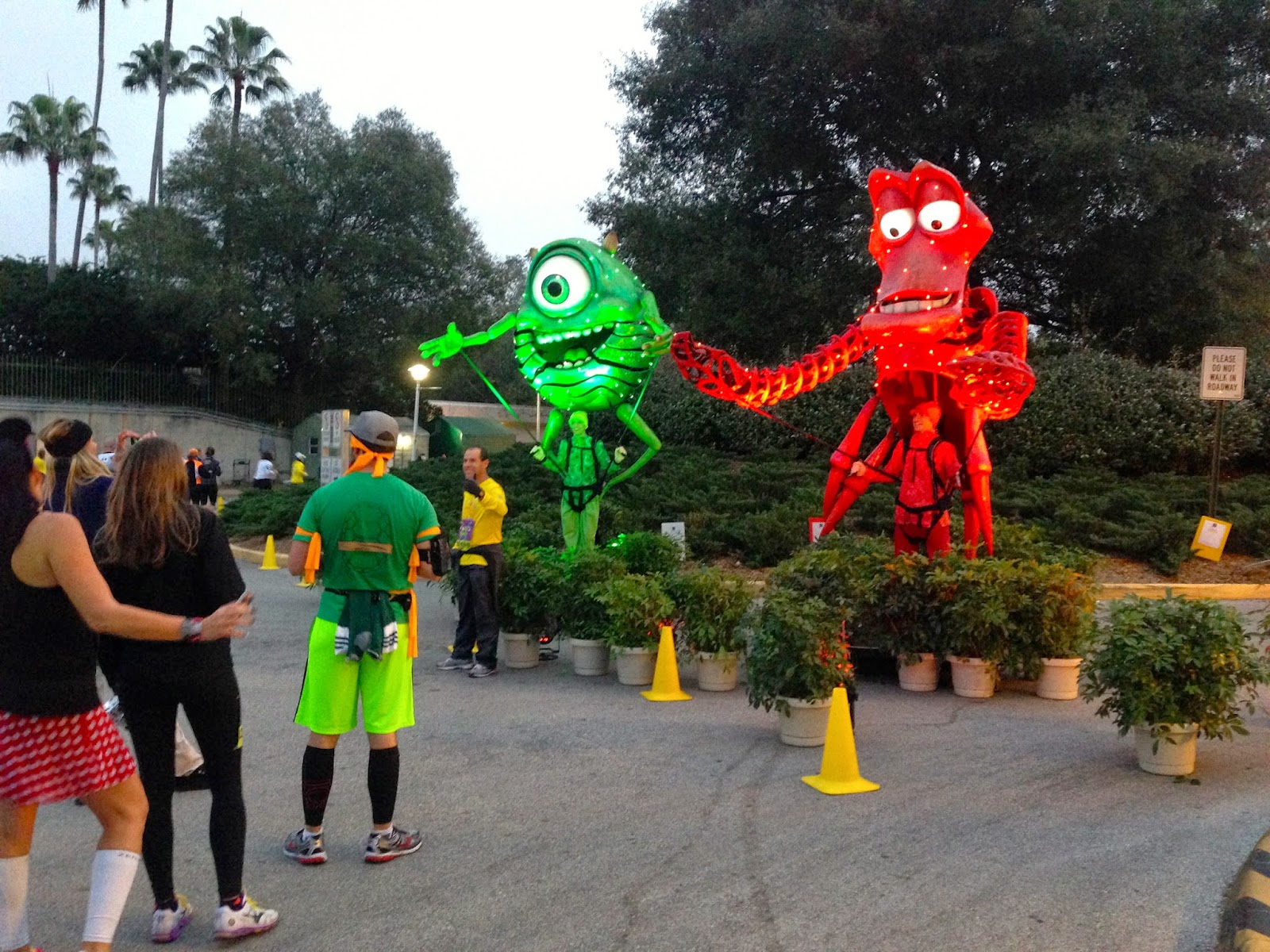 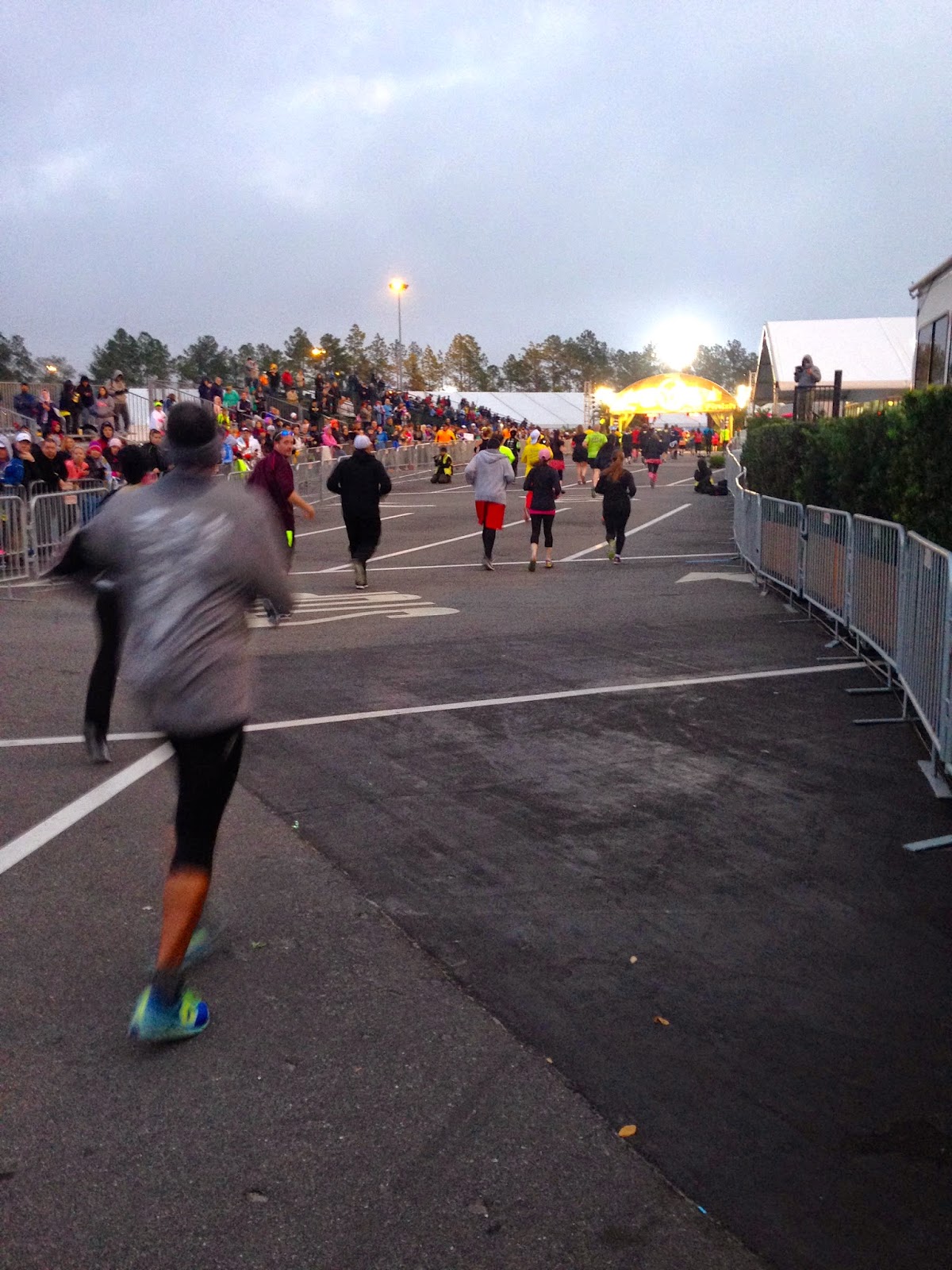 Unfortunately, after stopping I felt the loss of my sweatshirt keenly. I skipped all the post-race festivities in favor of the bus line, which was mercifully shorter this time. I boarded the second bus I saw and headed for POR. Two down, two to go!

Up next: Epcot and the Magic Kingdom.