In Which Jenn Is Wining & Dining After All

So... scrap everything I said about future runDisney plans.

If you've been following me on Twitter, you know I've been waffling about this year's Wine & Dine Half Marathon for a good week. Originally I was not going to do it, OBVIOUSLY. I had other plans and it would be good to save money anyway.

Then early registration opened up and I was like, hmmm... But no. I really shouldn't.

And then I was like, who else is going? And people I <3 are going, but no one was like "hey we have an extra bed crash with us" and then other people I <3 AREN'T going which is like a sign, right? So I was still like BE A RESPONSIBLE ADULT SAVE MONEY DON'T GO.

(But my heart was like YOU KNOW YOU WANT TO).

THEN I was like, well, if Pat wants to go again then I'll sign up. So I asked him, and he responded with a resounding: maybe. I'd have to see how things look closer to the date.

But my heart was still all YOU KNOW YOU WANT TO so I said, well, if I get a snow day tomorrow, I will sign up.

And then I got the snow day but I still didn't have anyone to necessarily go with and split hotel costs so I was still uncertain.

SO I AM DOING WINE & DINE AFTER ALL. 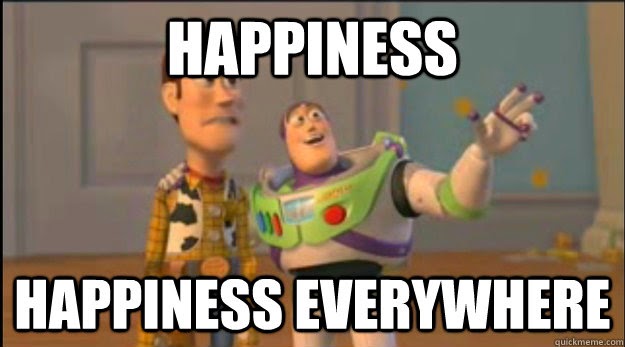 I was stupid and assumed I wouldn't be at WDW for awhile and didn't renew my annual pass and my Disney Visa doesn't seem to get me in early this time around, but I will be ON IT March 17.

What does this mean for the tentative plans I outlined earlier? Well. It MIGHT mean that Princess is now off the table, especially if Moon and I do the inaugural Disneyland Half. Or it might not. We'll have to see. In the meantime: