In Which Jenn Recaps The Cherry Blossom Ten Miler 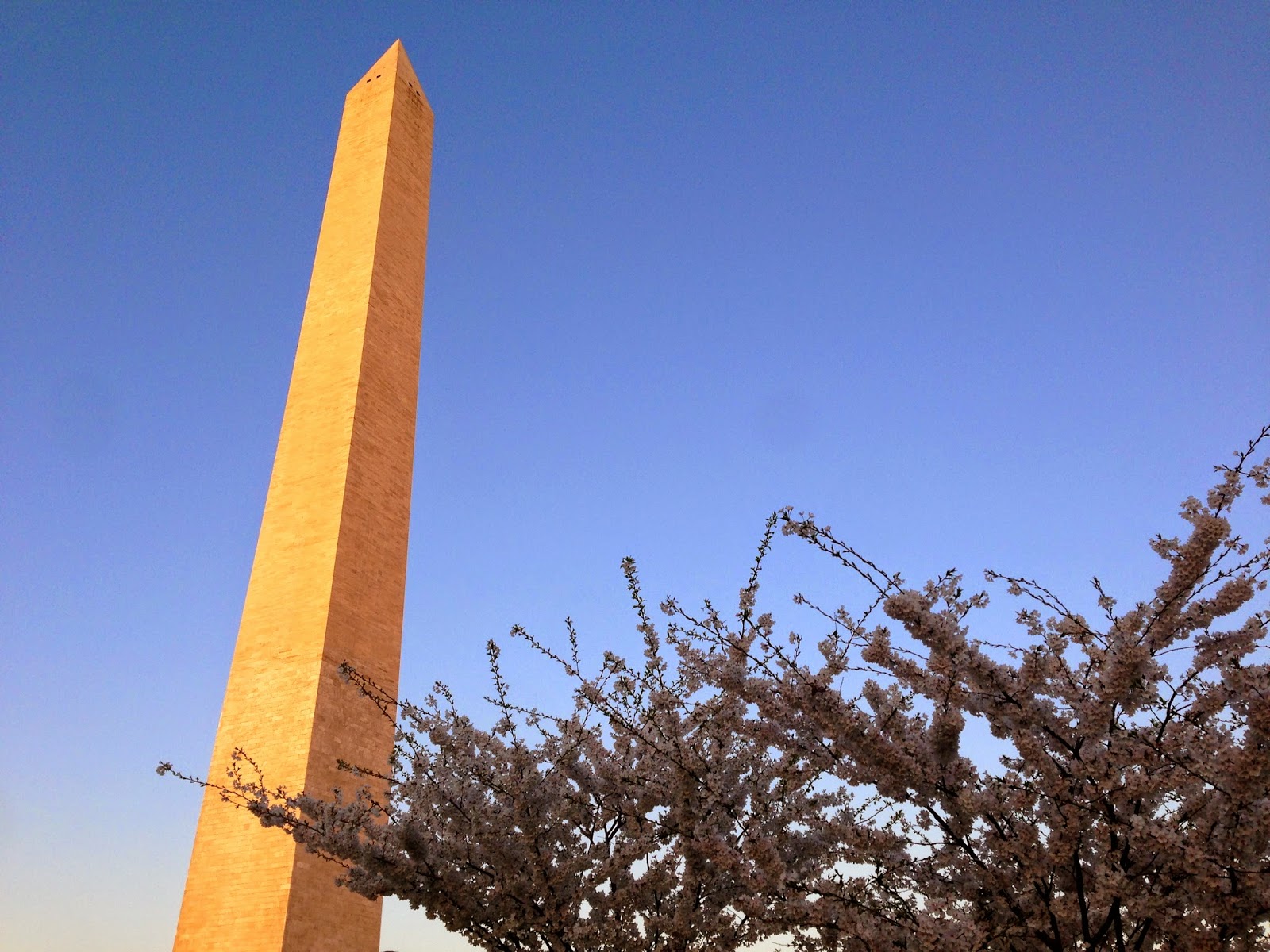 So... that was not my favorite race.

Don't get me wrong - the Cherry Blossom Ten Miler has a lot of things going for it. Mark one: from the moment I left my apartment to the moment I arrived at the race start, only an hour had passed. This includes about 15 minutes spent waiting around for the Metro train to show up, which is a matter of timing. Pretty good! Got to sleep until 5am and everything; it was awesome.

Unfortunately from there it was a slow downward slide - a study in gentle but real disorganization: nothing so awful as to completely ruin the experience, but a growing list of small frustration that compounded.

Finding my corral: there was very little in the way of directional signage. Labeling signage, sure, as in "this is what's here at this spot," but nothing saying "Go that way if you're looking for this stuff." As such, I did a fair bit of wandering before I figured out my corral.

Which was WAY crowded. I was sulkily in green when everyone else I knew was in orange - I think because my predicted time fell on the edge of each (note to self: exaggerate my speed more when giving time estimates). And this congestion never really let up, from start to finish, and I sincerely believe this impacted my final time. I felt like I was back on the 2013 Princess Half course. Only runDisney has largely fixed that problem. Cherry Blossom people, you need to increase the number of corrals because the congestion is insane. 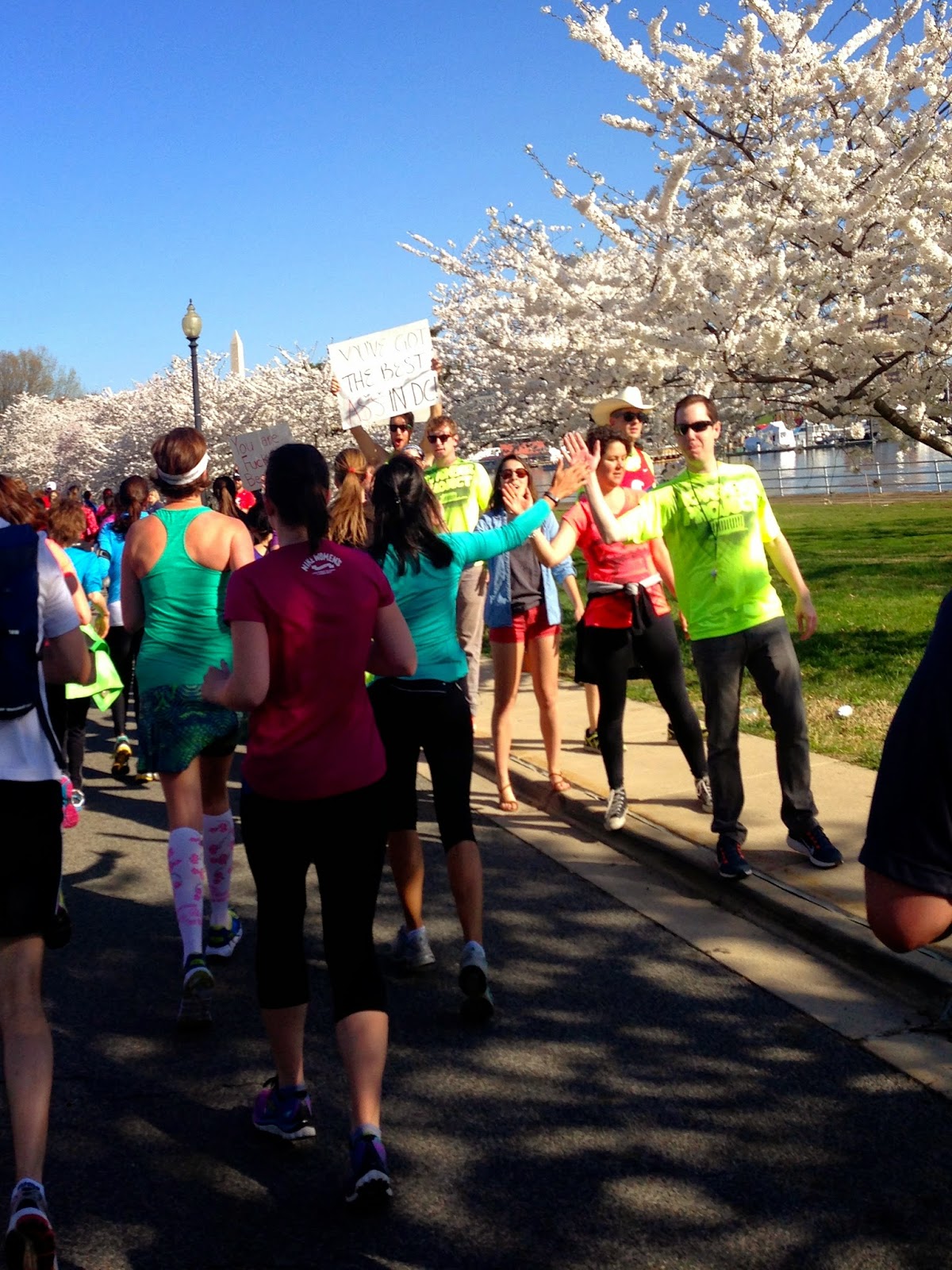 Oh, and: before it started, it was announced that the course would be shortened by approximately half a mile. This was not the fault of the race organizers - there had been an accident on the course and the area had been declared a crime scene so we had to reroute - but it wasn't exactly thrilling to hear. I came to run ten miles, y'know? And it messes with your splits to not know how much you have left. Ah well. My GPS watch wound up clocking 9.52 miles for me, but I understand the official recount came to 9.39.

So anyway. Back to the Cherry Blossom 9.39 Miler course. It was way crazy frustratingly crowded. This became a problem at the water stations. I never had a supply problem as some have reported, but I had other issues with the way hydration was handled. The tables were only on one side of the course, not both, which meant everyone was trying to veer off on the same side; it was tough to bounce in, get your drink, and bounce out without colliding into a million other people attempting the same thing.

Another thing that bugged the bejeezus out of me for some reason related to the problem of cups. There were plain paper cups for water and branded green Gatorade paper cups for Gatorade. Except for almost all the stations that meant NOTHING. Volunteers were pouring whatever beverage into whatever cup and it became a complete crapshoot what you were getting. For those who had a specific drink in mind and no time to dally, this was a problem. (No, but seriously, thank you, volunteers - I'm sure you were doing the best you could at the direction of someone else.)


And another thing! I never saw a SINGLE TRASH CAN at the water stops, which meant ALL cups wound up on the ground. SLIPPING HAZARD, GUYS.

And another thing! No food on the course? I guess I'm spoiled by runDisney handing out Clif gels all the time, but there was nothing available here. It IS only a ten miler, but that's not exactly nothing either... I did see a spectator who had set up a table of Gatorade and cookies of his own accord, but there were too many people around me to get over to him so I missed it. Sigh. Thanks, though, guy - you're awesome!

The scenery? Um... would you hate me if I responded to the scenery with a resounding "eh"? As I said on Twitter the day of: the cherry blossoms are to me as Lil Sebastian is to Ben Wyatt. So that was not motivating for me. There were a couple on-course music/entertainment spots but nothing earth shattering, with the possible exception of batala drummers.

All that being said, and even though I didn't exactly feel full of energy, I actually didn't have a terrible race. The congestion slowed me down but I did, in fact, clock quite a few negative splits toward the end there, hampered only by a biggish hill right before the finish. Sadly, as this did not come out to an actual ten miler in the end, any kind of PR is meaningless. It does however make me feel a little better about my performance outdoors. I think I have the capacity to improve!

Okay, so, the race ended and I found Moon and Christian who had been in the orange corral. On the way I located the end-of-race snacks, which consisted of... bananas. Nothing but bananas. I saw a bunch of cracker packets in the trash which indicated that at another point there may have been other options, but they were beyond my reach. And I wasn't even that slow - my time placed me ahead of over 50% of the participants. What gives? And no bottled Gatorade? C'mon, guys, get it together.

Let's cut to the chase: would I do this race again? Maybe. I mean, it could hardly be much more convenient for me geographically and it's not too expensive if you forego the extras like tech shirts and medals. But I can't say I'm feeling gung-ho.

I leave you with this thought from Nicole and I: 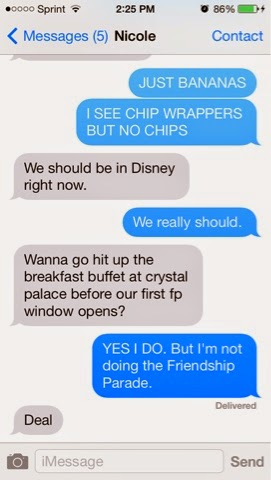