In Which Jenn's Disney Loyalties Are Tested

The rather mundane element is this: I am going to a conference in August. This is my fourth year attending said conference, and while it is not without elements of fun (or not; I'm looking at you, San Francisco), the trip is not in and of itself something to get all worked up over.

Only the exciting element is this: this year it's in... wait for it... ORLANDO, FLORIDA.

I'm not so lucky that the conference is on Disney property, and I'll of course spend most of my time at, y'know, the actual conference, but still - there will be some free time, so it's time for a piecemeal Disney trip with hotel expenses paid, right?

Not permanently! NEVER permanently. Disney parks are hands down my favorite ever, and I've been to lots of others. But here are some thoughts: 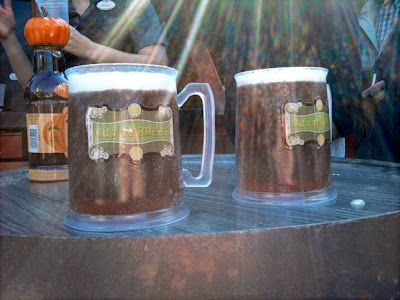 I dunno, guys. I <3 Disney SO MUCH, but I'm leaning toward snapping up a Universal ticket and doing the Harry Potter thing this time around. It kinda feels like a gimme, y'know? I'll mostly be attending conference sessions and I won't have a ton of time at any park. It being such an afterthought, why not make that afterthought Universal?

Thoughts? Am I a terrible turncoat here? DON'T WORRY WDW YOU'RE STILL MY FAVORITE I'LL SEE YOU IN NOVEMBER!!!

Jenn is running the 2015 Marine Corps Marathon for the Diabetes Action Team. Will you help her earn her bib while fighting diabetes? Click here to make your tax-deductible donation.
Don't forget, you can follow us on Twitter @fairestrunofall. To see how our training is going, check out Jenn's dailymile here and Moon's dailymile here. If you have any questions for us, leave a comment or email us at fairestrunofall@gmail.com. See ya real soon!
Posted by Jenn at 9:00 AM