In Which Jenn Ponders Barefoot Running (DO NOT WANT)

During my first Marine Corps Marathon, I remember seeing a girl who was running completely barefoot. She had a pair of Vibram Five Finger shoes or whatever they're called tucked in the back of her shorts, but the implication was that this was in case of emergency only. For the foreseeable future, she was running a marathon barefoot.

This struck me as a terrible idea. Anatomy and efficiency and whatever else the barefoot running movement espouses aside, MCM takes place almost exclusively on concrete and asphalt. Tough stuff, to be sure. But more importantly, you're running on roads, roads near people, and people leave things lying around sometimes. God only knows what you could step on (or in!) while running 26.2 miles without shoes.

Turns out, God isn't the only one who knows. Now I know too. The answer is: the road. It's quite enough all by itself.

I've been adding occasional walks to my lunch break, just around the neighborhood near my place of work. The first time I did this, I just wore my generally comfortable casual flat shoes, which naturally led to a blister on my heel and a rubbed pinkie toe. Not wanting to repeat such a mistake, I started bringing flip flops to work, changing into them for my walk and then changing out again.

Well. A couple weeks ago I went down for my walk and realized once I was already outside that I'd forgotten to change into flip flops. I was wearing the same, blister-causing shoes as before, but my GPS watch had finally picked up a signal and I didn't feel like going through the rigmarole of heading back upstairs to fetch my shoes and then waiting for the satellite again. So I made the decision.

I would walk barefoot.

Why not? If people can run barefoot for miles on end, I can certainly walk two miles barefoot. It's not like anything terrible will happen as long as I keep an eye on the ground for undesirable items on the ground.

And nothing terrible did happen, assuming you don't consider GIANT KILLER DEATH BLISTERS ON THE UNDERSIDES OF MY FEET anything less than terrible. My opinion? UGH BLEH NOOO. 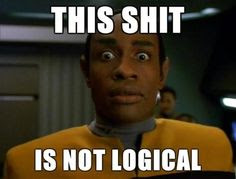 Don't get me wrong - it was scarcely a fate worse than death. I even went to ballet that night and ran the next morning, admittedly with less comfort than usual. But I can't imagine doing any of these things completely barefoot, much less running barefoot on the regular. I guess eventually the soles of your feet develop calluses and desensitize, but how long does that take? Forever? Longer than forever?

Theory: barefoot runners do so because they are the sorts of people who enjoy draining blisters. I see where they're coming from but I'm doing to have to say it's not worth it.

Does anyone out there run barefoot? HOW?

Jenn is running the 2015 Marine Corps Marathon for the Diabetes Action Team. Will you help her earn her bib while fighting diabetes? Click here to make your tax-deductible donation.
Don't forget, you can follow us on Twitter @fairestrunofall. To see how our training is going, check out Jenn's dailymile here and Moon's dailymile here. If you have any questions for us, leave a comment or email us at fairestrunofall@gmail.com. See ya real soon!
Posted by Jenn at 8:45 AM