In Which Jenn Does Not Like These Wine & Dine Half Changes

Last week the internet exploded with the knowledge that the Wine & Dine Half Marathon has been completely revamped. Gone is the night race and the immediately following after party until 4am, replaced with your standard issue 5:30am half, a new 10K, and with that a new (EXPENSIVE) challenge.

Seems like many people are cool with this change. NOT ME. Here's why:

The loss of the night race: While no big deal for some, this really bums me out. There is the novelty, yes. But more importantly for me, as a night person, I am a BETTER runner in the evening hours. I feel much better fueled and rested when starting off at 10pm than I ever do at 5:30am. I am ready to ROLL for the after party until 4am. Speaking of which...

The after party time change: Making the after party Sunday night means if you wanted to fly out that day you'll miss it. Part of what you're paying for in the registration fee is that after party. And if you want to enjoy it, you'll need to pony up for another night in your hotel. Which you'll need because the party runs 8pm - 1am, so no closing things down at 4am and then catching the Magical Express to a super-early flight. Incidentally, Sunday flights cheaper than Monday? OH WELL. Already got your flights and hotel sorted? BETTER HOPE YOU CAN CHANGE THOSE.

No more Hollywood Studios in the course: I guess I get that. They're doing a lot of construction. Still, getting three parks in one course was awesome and it sucks to lose one. Hopefully it's just temporary. (ESPN Wide World of Sports sucks spoiled milkshakes.)

The addition of the challenge: I mean... okay. That's cool, I suppose. But $330 on top of the changes above? Christ on a cracker. That's halfway to Dopeytown, cost-wise.

The lack of a proper sendoff: WE DIDN'T EVEN GET A FULL RACE LAST TIME.

The last-minute nature of the changes: This annoys me enormously. We've been given two weeks to decide if we want to do the race anyway. Okay. BUT. A large percentage of the running population, myself included, assembles a YEARLY race schedule, early in the year, with care. runDisney races are especially sensitive to such plans, as they require very early registration as well as hotel rooms and flights for just about everybody. Many of us selected this race BECAUSE it was a night race, eschewing other races in its favor. Some of us even already made plans around arriving and leaving on certain days. This change throws a lot of our planning out the window. We haven't had time to adjust and now we're being asked if we're ready to commit as usual. As a person with a cat-like distaste for sudden change, I do not appreciate this approach. I understand that a lot of these changes accommodate Studios construction, but c'mon; that's old news for those of us on the outside. They could've implemented revised plans way in advance.

All that being said: Will I run this race anyway, as planned? Probably. I need to check with my travel companions to see if they're still on board; I was selling them on a NIGHT RACE + late after party. If not... I dunno. Maybe I'll do the same thing I did for the 2016 WDW Marathon and turn around a quick weekend. But as I noted above, I'll need to stay until Monday if I want to attend the After Party. Maybe I'll stay for that, but not do any other parks and then stay longer for the 2017 WDW Marathon. I need to talk to Pat about that, see if he'd want to come. But then he'd miss Splash Mountain again. I DON'T KNOW WHAT TO DO.

Sure, I could not give them my money as a form of protest, but unless we ALL agree to boycott this one, what's the point? Someone else will take my registration slot, guaranteed. This may impact how much more I spend at WDW as a whole, but again, it's doubtful Disney cares. They're in a position of power right now. I don't know if a truly effective method of fighting back exists.

Edited to add: If you wish to argue that, in the grand scheme of things, this is no big deal, quit getting worked up over something of little overall import, etc.: point taken - and rejected. We can't very well just accept everything short of murder, can we? If we are disgruntled, we should voice our opinions.

All I know right now is that I am, in the immortal words of Lady Catherine de Bourgh, most seriously displeased. 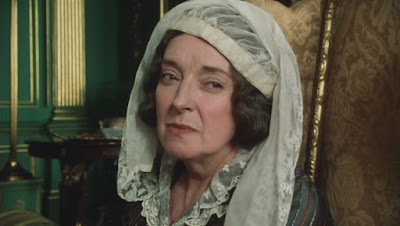