Obviously Universal Studios isn't held as highly in my esteem as any Disney park. Clearly. No question. BUT. It's still a good time. So, it too gets the First Photos treatment.

Once again, apologies for photo quality; 2/3 of these are really old. 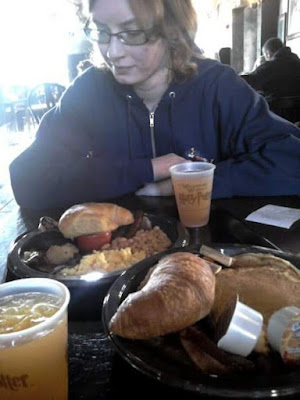 The year: 2011
The companion(s): Elizabeth
The title of the album: CONSTANT VIGILANCE!
The why: Ha, so, I actually had to skip over a bunch of photos at the beginning of this album, 'cause... We totally went to Downtown Disney first. And while I love a good picture of a Grand Floridian tea cozy as much as the next gal, it hardly qualifies as Universal Studios. Instead, please accept this first photo within Universal's walls, featuring breakfast from the Three Broomsticks. Question: What makes the best accompaniment to pancakes, which are essentially bread? If you answered "a croissant, which is essentially bread," YOU ARE CORRECT. 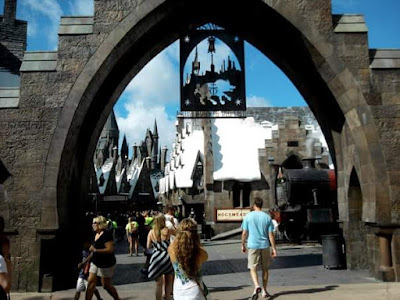 The year: 2012
The companion(s): My cousin and his best friend
The title of the album: Mischief managed
The why: In MY day, there was no Diagon Alley. There was only Hogsmeade to qualify as The Wizarding World of Harry Potter. We had to make do with what we had. And we ALWAYS respected the spell limits. 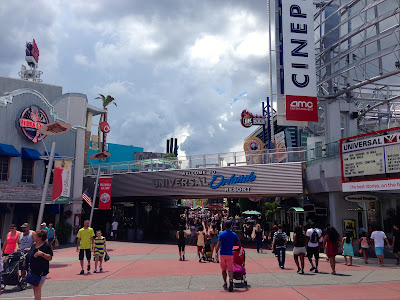 The year: 2015
The companion(s): Sometimes coworkers; sometimes just myself
The title of the album: I solemnly swear I am up to no good
The why: Hey, remember when I showed you what it looks like when you approach Universal CityWalk at night? Well, this is what it looks like in the daytime. YOU ARE WELCOME.

We'll finish up this park photo album exploration with a dive into my favorite photo of each album. Should be fun!