In Which Jenn's Magic Bands Are Disappointingly Tasteful After All

You didn't think I'd leave you hanging, did you?

If you haven't been following my Magic Band drama, let me sum up, Inigo Montoya-style: I tried to put "Pork Butt" on my Magic Band and Disney wasn't having it. (Read the full story here to get the scoop on how I found out, who I talked to, and why "butt" is a bad, bad word and Nemo never should've touched it.)

But wait, there's more! After calling a Cast Member to begrudgingly let her change the name, I subsequently received two separate Magic Band shipment confirmation emails. Could Disney IT have decided to flout the system and send me the bands I originally requested anyway?

Well, I have both boxes now, and I can tell you the answer is this: kind of but not really.

Because I spoke to a Cast Member on the phone, we received these plain, boring just-our-names Magic Bands: 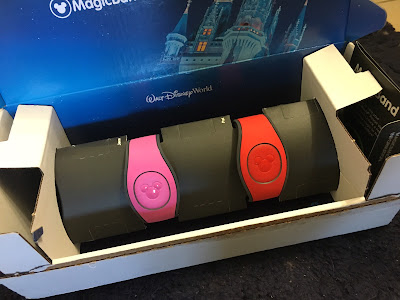 But(t) because I never called back Disney IT, who originally flagged the issue, we also got these: 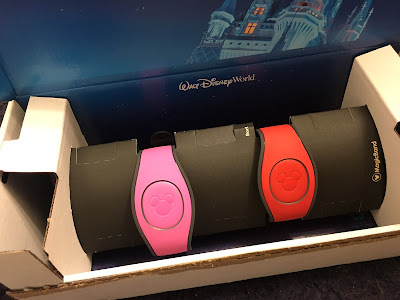 So Pat gets his Bort, but I get... nada. Boo. The inside is just a string of code.

Oh well. At least Pat is happy. He really really wanted to be Bort, which is apparently a reference to The Simpsons...? I pointed out that I'm pretty sure the Magic Band triggered content (your name on signs and stuff) reads your actual MDE account name, not your band's name, but he's very insistent that SOMEONE WILL SEE IT and THEY WILL LAUGH. I don't know. You've seen it now; did you laugh?

I'm fairly confident that both sets of bands are connected to the same MDE accounts and will work fine for Magical Express, FastPasses, etc., but just in case we'll bring both sets with us. Less than two weeks to go!

Am I forgetting anything? Oh, I know: BUTT. (FACE!)

Don't forget, you can follow us on Twitter @fairestrunofall. If you have any questions for us, leave a comment or email us at fairestrunofall@gmail.com. See ya real soon!
Posted by Jenn at 8:57 AM