The trip report proper is over, but we're not done yet - I've still got lots of thoughts, including food reviews and photos! You can see all the posts in this report here. Onward!

Having failed in locating a non-swamped PhotoPass photographer outside Spaceship Earth, I was bound and determined to make it happen in front of Cinderella Castle. The closer you are to the castle the longer the lines - but if you're willing to accept a slightly less impressive backdrop, the photographers further down Main Street are much easier to secure.

And may well be even better - or perhaps it's only that they have more time without the press of a waiting line. Regardless, when we stepped in front of the camera, I thought we were in for a few perfunctory clicks and off you go. Instead, we were lead through such a lengthy, directed shoot that you could almost believe we payed extra to get these shots. But we did not. It's just the Disney magic. 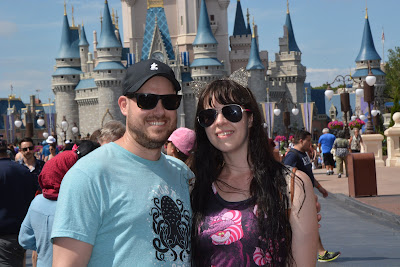 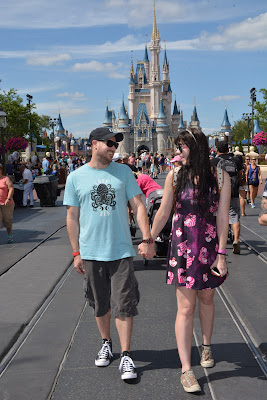 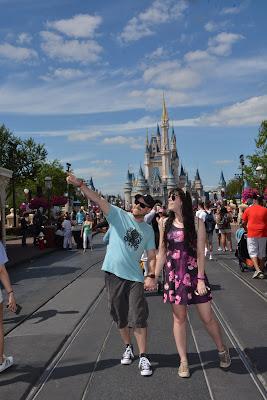 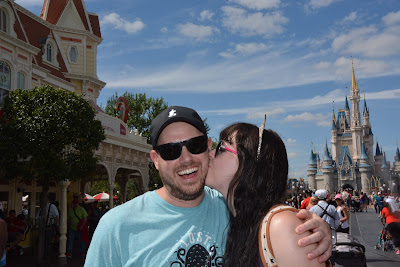 Regrettably, I didn't get our photographer's name, but she was an older lady (60ish?) with short hair and a bubbly personality. Look for her!