In Which Jenn Is Super Into This WDW Soup Mug

Pat and I were talking about WDW the other day, because I am slowly bringing him over to the dark side and soon he, too, shall crave citrus swirls and shout KUNGALOOSH without quite understanding what the hell that's supposed to mean and say things like "What sort of foolishness would you like to see?" in everday life and we shall vacation there often and it shall be glorious!!!

Where was I? Oh yes. Conversations about WDW. We were discussing the specific charms of the parks that only come to you as an adult. Specifically, how chill mealtimes can be some of the best parts of a trip. Our leisurely lunch at the Brown Derby Lounge, for example - that was amazing. Relaxing on the patio at Trader Sam's an having a few drinks before our California Grill ADR - superlative. There's something about hanging around in a uniquely themed WDW bar and having a few drinks and snacks that just can't be matched.

With that in mind, let's talk about soup.

I wanna say this was 2012...? Man, once the WDW obsession kicks in it all starts to blend together... anyway. I was there with the indomitable Elizabeth. It was February, and we had just arrived to an Orlando that was cool. Not cold, but not the usual oven-esque temperatures at all.

Our first order of business of the trip was the Magic Kingdom, and after traveling up Main Street and planting ourselves in the middle of Fantasyland, we determined our opening activity: we needed a snack. Right in front of us? The Friar's Nook.

Disney fans know that the Friar's Nook has an unreliable menu. I think it's been holding steady on mac and cheese of late, but it's played a host to a bevy of different items over the years. At this point of time, its offerings included a corn chowder. I think it was like five bucks and came in a souvenir plastic mug.

Rarely have I felt a strong urge for soup in Orlando, but this is one of those few times it's felt right. I ordered that chowder, and Elizabeth got herself a snack, and we sat down on a bench to eat just as the marching band showed up.

Yeah, I know! Since when do they perform in Fantasyland? I can't recall if I've ever seen it before or since. Maybe? Regardless, it was almost like they showed up to entertain us while we ate our snacks. I still have this very strong memory of sipping my soup out of my adorable mug and the scarved marching band in front of me. It makes me happy. I still have the mug. 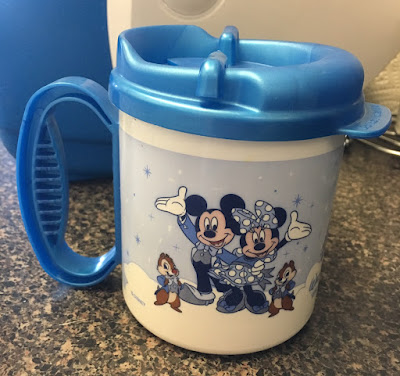 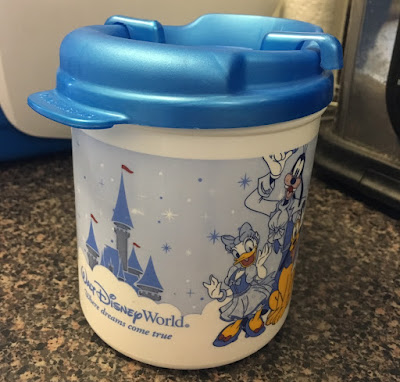 Like my champagne moment, a tiny little thing that sticks out to me in my WDW-riddled memories.

What little moments at WDW make you smile?

Don't forget, you can follow us on Twitter @fairestrunofall. If you have any questions for us, leave a comment or email us at fairestrunofall@gmail.com. See ya real soon!
Posted by Jenn at 8:39 AM