In Which Jenn Recaps The Baltimore Marathon 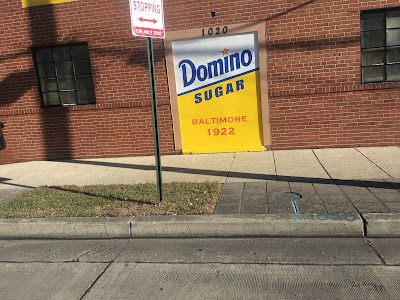 And with that cheery start, let's dive into a recap of the Baltimore Marathon!

My morning began with my dad very kindly dropping me off at Camden Yards, the site of the race start. (Always encourage your parents to live near airports and large race events.) I was uncertain what times the roads would close so I got there unnecessarily early, but hey, better early than late.

I was so early, in fact, that the race organizers were still in the process of setting up the start fences and banners and such. I killed time alternately wandering around and hiding in the comparative warmth of the bathrooms. (Yes, real bathrooms! Courtesy of the baseball stadium.)

About the weather - it started off chilly, but by the time the afternoon hit it was pushing 80 degrees. Not horribly humid, thankfully, but not ideal running weather. That's strike one. But I'm getting ahead of myself. Back to my kinda terrible marathon!

A little before the 8am scheduled start I wandered into the corral area, which was self-selected with labeled minute-per-mile sections. I ran into the 5 hour pace group and decided to stick with them - it seemed like a reasonable way to pace myself. 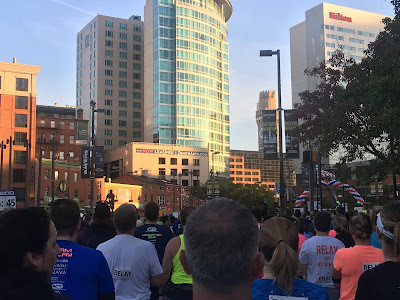 The Baltimore Marathon, while a fairly large race, isn't nearly as huge as the Marine Corps Marathon, and has less fanfare accordingly. An anthem and a few remarks from the mayor later and we were off. It only took two minutes to get from the 11 minute mile area to the starting time pad!

Now seems like good a time as any to reminder you all that I had been suffering from IT Band issues for a couple weeks. I got the KT Tape booth guy at the expo to tape it up and it seemed to help a lot, but I approached this race with some trepidation and the ultimate goal to finish in one piece.

And as I started off, it seemed feasible. I kept up just fine with the 5 hour pace group, and no horrific pain accompanied me. Things were looking up!

The course took us through Druid Hill Park and into the Maryland Zoo, where my run real regret of the race took place: they had a penguin out for photo ops and I didn't stop. I was trying to stay with my pace group, but (spoiler alert!) since this didn't end up happening anyway I may as well have gotten my penguin photo. Next time! Other than that we mostly ran through unexciting portions of the zoo with no animals, but I can see how that would be necessary for maintaining their comfort.

After that we headed into several miles of Baltimore streets, which included some hilly portions. I was okay, though, because I had picked up some conversation buddies from my pace group, including an awesome lady from Orlando who was going for 50 marathons in 50 states and planned to run the Atlantic City Marathon the very next day. (If you're ready this: hi, Wendy! How'd it go?) I chatted with her and others off and on and felt pretty okay. My troublesome right IT Band felt good! Things were going well! 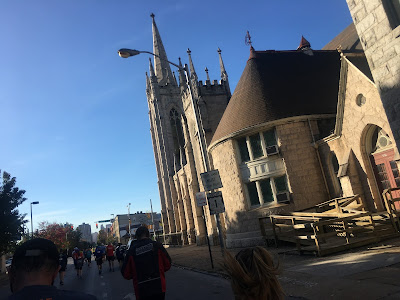 Then around the halfway point it happened: I stopped to pee. Rookie mistake, but I had to go. Of course I lost my pace group, so I took off by myself at an unintended but naturally brisker clip. Around mile 14 I could see them and I was happy... and then my IT Band started screaming. The pain! The agony! THE LEFT ONE!

As the race progressed, it was a more and more serious problem. But for the next couple miles I was able to keep running, albeit at a slower pace. I ran past the global headquarters of Under Armour, through Patterson Park, and up Washington Street. I lost my pace group. It was hot. My It Band was increasingly upset. There were rolling hills. Things were bleak. 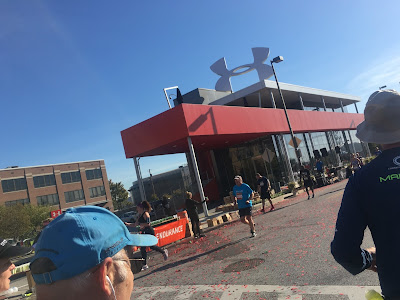 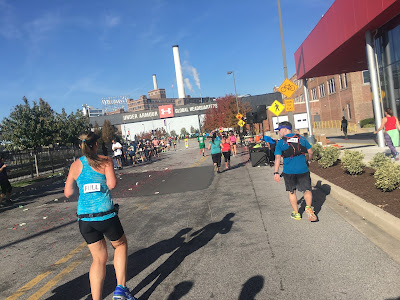 So at the 18 mile mark, I busted out my headphones, packed in my wristlet specifically for this occasion. I jammed out to the new J. Roddy Walston & The Business album, then looped the Moana soundtrack for the remainder of the race. It was definitely a big help.

By the time I hit mile 20 and Lake Montebello, it was bad. I turned to some poor man's effed up intervals: running anywhere from 10 to 50 feet, stopping to walk the same, running again. It was gross, but still several minutes per mile faster than walking. I didn't want to walk the whole thing in; I knew I had the time but it felt like giving up.

Another annoying thing was that by the time I hit the last 6 miles my GPS was a full mile ahead of the official mile markers. I'm used to some discrepancy but at the end of the race my watch registered 27.46. That seems like a lot over marathon distance but it's a certified course so what do I know? But it was sad knowing that I was actually a whole mile behind what my watch was telling me.

Things improved in the 23-24 mile area when at least the course was mostly downhill. I was still doing my dreadful excuse for intervals but the downhill made it easier. And the spectators were out in force. I got lots of high fives! Bonus points to the super talented girl playing random snatches of jazz trumpet.

When the finish line loomed into my vision, I was shot. I run-walked my way across about 25 minutes slower than I should have been, absolutely certain from a personal standpoint, it was the worse race ever. But damn, how 'bout that medal? 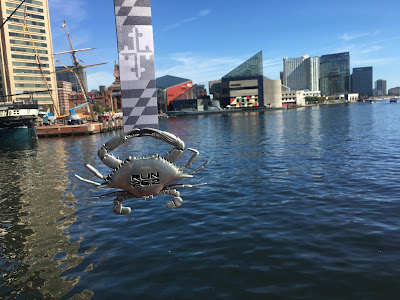 The finish line festival was in the Inner Harbor, and that at least was pretty awesome. There were all sorts of tents up, free food and drinks for runners, and the Harbor itself. (Hello, National Aquarium!) I plopped down on a curb, tore into some Utz salt and vinegar chips, and pondered my life choices.

The good news is I don't think I damaged my body in any permanent fashion. My Achilles tendons and quads are sore as hell from my altered gait and my left knee has developed a sliiiight twinge, but nothing a little rest can't cure (knock on wood). And I finished. Always a good day when you finish.

I picked up a Lyft to my parents' house, then drove home where Pat gave me Malbec and homemade mac and cheese. The end.

Have you ever had a really bad race?

Don't forget, you can follow us on Twitter @fairestrunofall. If you have any questions for us, leave a comment or email us at fairestrunofall@gmail.com. See ya real soon!
Posted by Jenn at 8:47 AM