In Which Jenn Has A Secret Running Admirer Maybe? (But Probably Not)

One day, on an otherwise very routine run, I realized that my sidewalk was speaking to me.

Secret messages dotted the pavement as I ran past. Well, maybe not "secret" as such, as they were written in brightly colored chalk. But still, it was unexpected to suddenly find a cheering section beneath my feet.

Arrows pointed my way first. On my way out they seemed to be encouraging me to turn around, but once I headed home they were totally on my side. 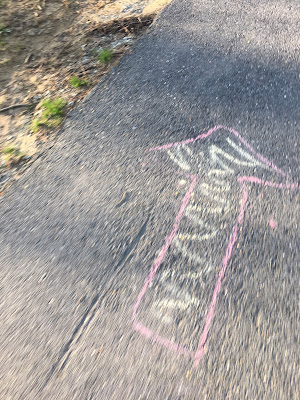 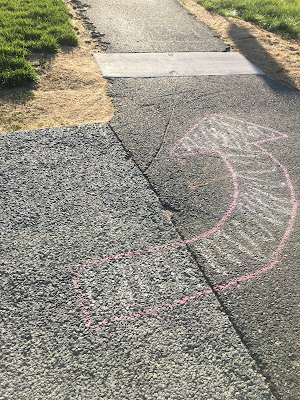 Indeed, I was shortly reassured that I was definitely heading in the right direction. 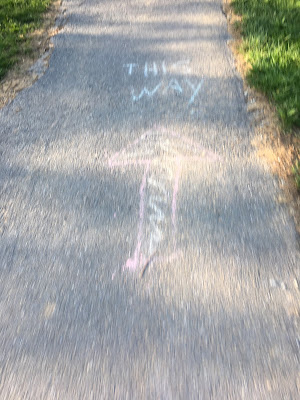 As I headed up the biggest, steeped hill on my route, the path had some sage advice for me. 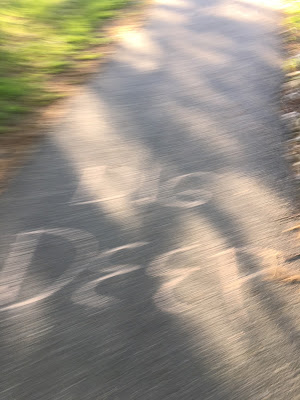 And you're just going to have to trust me when I say I was told that I was "almost there," because when I went back to get a better photograph it had sadly worn away. (Taking pictures of the ground while actively running is surprisingly hard, guys). 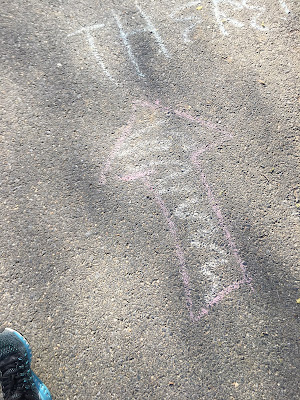 Here and there the ground also declared "Ytri." The name of a person, my messenger, perhaps? The meme-ified thoughts of a person who would rather not be running after all? It is a great mystery!

Although it is also a clue. After some thought it occurred to me the most likely explanation was that the local YMCA hosted a practice triathlon. But I refuse to look it up. As long as I don't know for sure, I can pretend that the sidewalk messages were special for me.

Have you ever encountered intriguing messages on your running trail?

Don't forget, you can follow FRoA on Twitter @fairestrunofall. If you have any questions, leave a comment or email fairestrunofall@gmail.com. See ya real soon!
Posted by Jenn at 8:11 AM