In Which Jenn Is Venturing Beyond The Parks 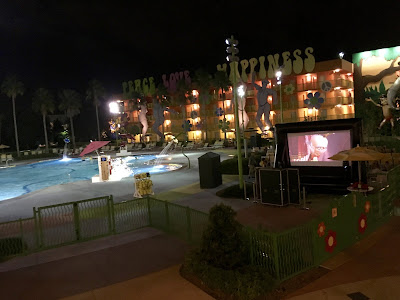 Not to make you jealous or anything, but I have three Walt Disney World trips on the docket within the next seven months. No, honest, I'm not trying to make you jealous! 'Cause, listen: I don't plan to spend much time in the parks.

Which is sort of silly - isn't this exactly the sort of thing Annual Pass dreams are made of? But the first trip is during a conference, so I won't have a ton of time to kill; and anyway the wrap party gets me into Epcot for some limited experiences. The second trip is during the Wine & Dine Half Marathon, which gets me into Epcot for the after-party sans ticket media. And the last trip, for the marathon, is only three days long, with one day largely taken up by the race.

Instead of throwing money at an AP I might not be able to fully get my money's worth from, I've decided to save that money for an AP the year after, in the hopes that Pat and I will be able to take a much longer trip in November 2019. This isn't definite, but I feel optimistic enough that I want to try to keep costs down for the interim. Blowing $850 on an AP doesn't exactly fall in with that plan. :/

Of course this means I'm going to miss out on experiencing new attractions, like the new Pixar area of the Studios or the revamped Hall of Presidents. But as yet nothing I've seen announced is setting me on fire. I can bear the deprivation in the name of an epic trip for later. I can learn about deferred gratification.

I am pondering buying a 1- or 2-day pass for my upcoming November trip, since I'll be there 4 days. I could potentially cover it with Disney Visa points... I'm still debating. But honestly, the more I think about it, the more amazing, comparatively low-cost non-park ideas I come up with...

I could go to the pool for once! And I could watch a poolside movie! I could go horseback riding at Fort Wilderness! I could barhop on the Boardwalk or at Disney Springs! I could explore the AKL savannas and try one of the free resort tours! I could get a post-race massage! I could watch the fireworks from the California Grill bar! I could try a fancy restaurant without worrying about wasting time!

Indeed, the more I ponder it, the more I think there are more no-park activities than I have time for. Okay, maybe you should be jealous after all. ^_^

What's your favorite thing to do on resort property that doesn't require park admission?

Don't forget, you can follow FRoA on Twitter @fairestrunofall. If you have any questions, leave a comment or email fairestrunofall@gmail.com. See ya real soon!
Posted by Jenn at 7:54 AM