In Which Jenn Thinks The Mulan Remake Isn't 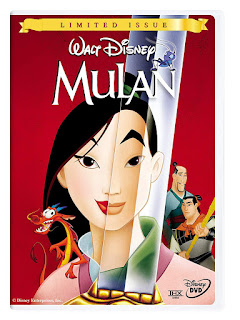 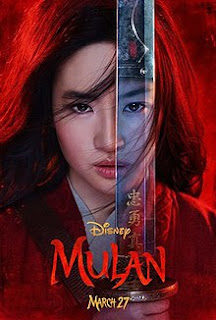 Okay, I've taken some time to think about it, and I believe I'm ready to weigh in on this whole Mulan remake controversy.* Basically: yes, I have a problem with it. No, it's not exactly what you think.

* Because you've doubtless all been waiting to hear what an obscure white girl blogger has to say on the matter.

So if you don't know (but you're reading this blog then you totally do, but all the same) Disney's live action Mulan remake has met with some mixed reactions in the fandom. As details have been slowly released, the negative camp has been horrified by Disney's sins of omission: no songs! No Li Shang! NO MUSHU!

It's enough to make a Disney purist burst into exquisitely rendered tears. But not so fast, say the woke among us. This remake is working hard to be more culturally accurate! The original played a little too fast and loose with some details of Chinese culture and Disney is working to correct that!

None of which is news to me; my dad, who has a bachelor's degree in East Asian history for some unknown reason, informed my innocent 12 year old self from jump: "You know this isn't a very Chinese movie, right?" I did not know. I was 12 and I loved it. He just likes to ruin things. But he's not wrong.

Did I mention I love the 1998 Mulan? I freaking LOVE it. Mulan is my favorite princess! But I'm happy to recognize that it's not the most culturally accurate representation of the tale. Mulan is not Disney's invention; she has a looooong history and is a huge part of Chinese folklore. Disney wasn't even the first to adapt the story, not by a long shot, and probably won't be the last.

And there, my friends, is where I start to have a problem. If Disney wants to make a new Mulan that better follows the source material, great! If they're going to work harder to make sure that they represent Chinese culture with improved accuracy and sensitivity, magnificent! That all sounds very forward-thinking to me!

BUT STOP CALLING IT A REMAKE.

This is not a remake. I repeat: THIS IS NOT A REMAKE. It is extra not a remake because Disney didn't even make up the dang story themselves in the first place. They weren't even the first to create an adaptation. This is a just new interpretation of the Mulan tale.

The absence of songs and characters does not invalidate the new movie's worth in any way shape, or form. But it does pull the plot too far removed from the "original" to earn the title "remake." It'd be liked calling Disney's Beauty & The Beast a remake of the '80s television show "Beauty & The Beast" because they share a title and source material. And do we do that? No we do not! And from where I'm standing this is no different.

So why is Disney calling it a remake? Simple: to capitalize on our nostalgia. Those of us who grew up during the Disney Renaissance love hard. I'd be willing to bet that 70% of the people dropping money on all these live action remakes are millennials looking to recapture that precious portion of their childhood, many of whom are sharing it with their own kids. The nostalgia is essential for Disney to tap into if they want to continue using these remakes as a license to print money.

That's why they're calling it a Mulan remake. They must know they're starting their story from just this side of square one. But they're hoping you won't notice if they don't change the title.

P.S. While I'm actively putting my foot in it: there's no reason Ariel can't be black. Hell, if we do in fact get Terry Crews as Triton out of it I consider it an upgrade! Andre Braugher for Sebastian, anyone?
Posted by Jenn at 2:12 PM 2 comments: