Post-race, I did my usual thing - got a bag from the merch tent to hold all my race snacks, then jumped on a bus back to Animal Kingdom Lodge. The volunteer running the bus line stopped me briefly so we could discuss how my Sally costume was awesome because The Nightmare Before Christmas is awesome, which, heck yeah!

I was just getting onto the hotel elevator when I got a text message from runDisney - due to the rising temperatures, the course was being modified. Erika got caught in the changes, and tells me she saw tons of people passed out at med tents and even sitting by the side of the course. She had to move a bunch of times for ambulances. So as much as that kinda sucks for the affected runners, I can't say runDisney made the wrong call.

Erika says her phone registered about 1.5 miles lost, but I told her by the time she walked from the staging area to the corrals she probably made up the distance. If your circumstances required that you miss Blizzard Beach, you're still a marathoner in my eyes!

My first order of business upon arriving in my room was obviously an unhurried and very much deserved shower. Then I did something that only runDisney could allow - I consumed a post-marathon dessert on my savanna-view balcony. To paraphrase Richard Dreyfuss mouthpiecing for Tom Stoppard that one time, you catch me at the very point of decadence! 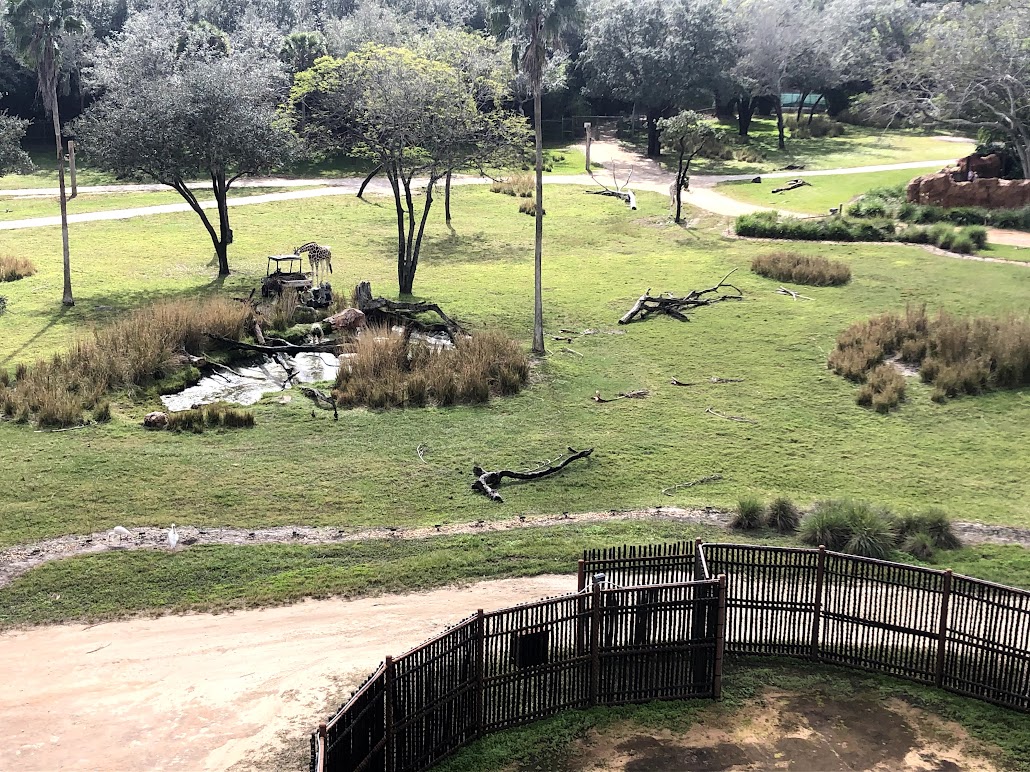 I curled up in bed and busied myself posting race photos to Facebook until Erika arrived, at which point it was time for a nap. An hour and a half or so later we threw on some clothes and were off to Epcot. We made our Frozen FP+ just in time! Not gonna lie to you; lowering myself into the boats post-marathon was some kinda rough on the ol' muscles. >D

After our ride on NotMaelstrom, we backtracked to Spaceship Earth and used our FP+ there. I didn't focus nearly as much as I should have given the upcoming overhaul, but don't worry, by this point I can pretty much close my eyes and ride it in my head. Erika made most of the choices in the "build your future" bit at the end, and I was very pleased to see a largely new combination of animations - even if the camera somehow failed to capture my face, blerg!

I do so like to boomerang around Epcot, so we headed back to World Showcase and the Mexico pavilion. The Choza margarita stand line was still long, but the day before Becky had told me it moves pretty quickly so we took a chance. I was proud to perform my (quite simple) transaction entirely in Spanish! 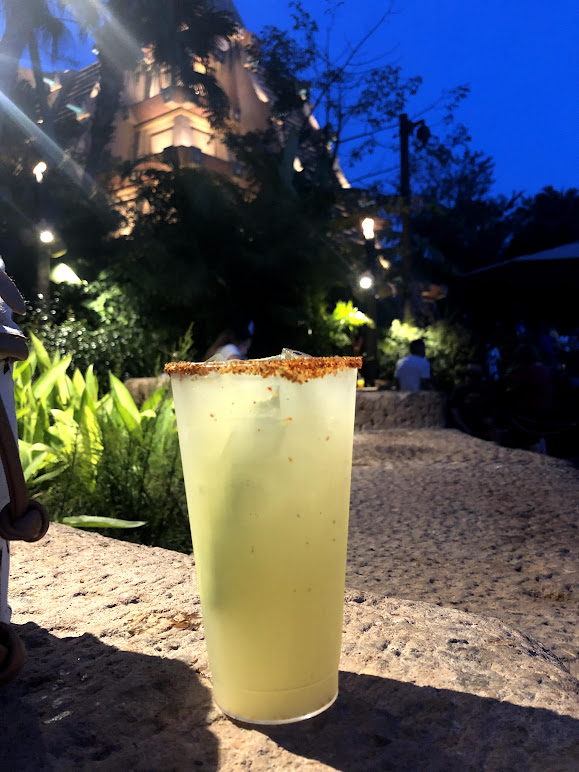 We had a Mission Space FP+ coming up... to be honest, I wasn't really feeling it. I conferred with Erika and she agreed - rather than follow any set plan, we decided to cancel our FP+ and wander the rest of World Showcase completely free and untethered.

Well, almost. I saw on the MDE app that there was an American Adventure showing at 7pm, and since we had 20 minutes to meander back there I thought it would be a nice loose goal to have. We made it a few minutes in advance and I spent half the show wondering when Lincoln would show up before I realized I was conflating AA with The Hall of Presidents. >D

After a quick pit stop in Les Halles in France for a light dinner, we ducked into the UK pavilion garden for the end of the British Invasion show, the doubled back to Japan so I could get a little celebratory sake from the bar in the back of Mitsukoshi. The lovely bartender there responded graciously to my extremely limited Japanese. Kanpai, y'all!

Glass in my hand, we walked out through Canada and took up positions behind the esplanade to watch Epcot Forever, which is cute but not super impressive; I won't be devastated when the new HarmoniUS show replaces it. We left during the "A Whole New World" bit to beat the crowds to be buses but also because who the hell authorized that as the musical finale?

And so that was our final night in WDW. We headed back to our room, did some packing prep, and headed to bed. One more day awaited us in Hollywood Studios - and oh boy, was THAT a doozy...

Don't forget, you can follow FRoA on Twitter @fairestrunofall. If you have any questions or thoughts, leave a comment or email fairestrunofall@gmail.com. See ya real soon!
Posted by Jenn at 7:41 AM