The Fairest Trip Report Of All: A Food Review Hodgepodge

Denouement! Allow me to present a random assortment of foods we ate that didn't warrant their own post.

Pop Century Food Court: Curious about the new plant-based options, I picked up the new plant-based BBQ burger with sweet potato fries. It was actually pretty good, but a meaty taste that, while not exactly fooling me, was enjoyable. Sort of like a well-done burger. And the avocado on top was a nice touch. But holy crap, could I have taken worse photos??? Sorry, guys, it was the end of the day and I was tired. >D 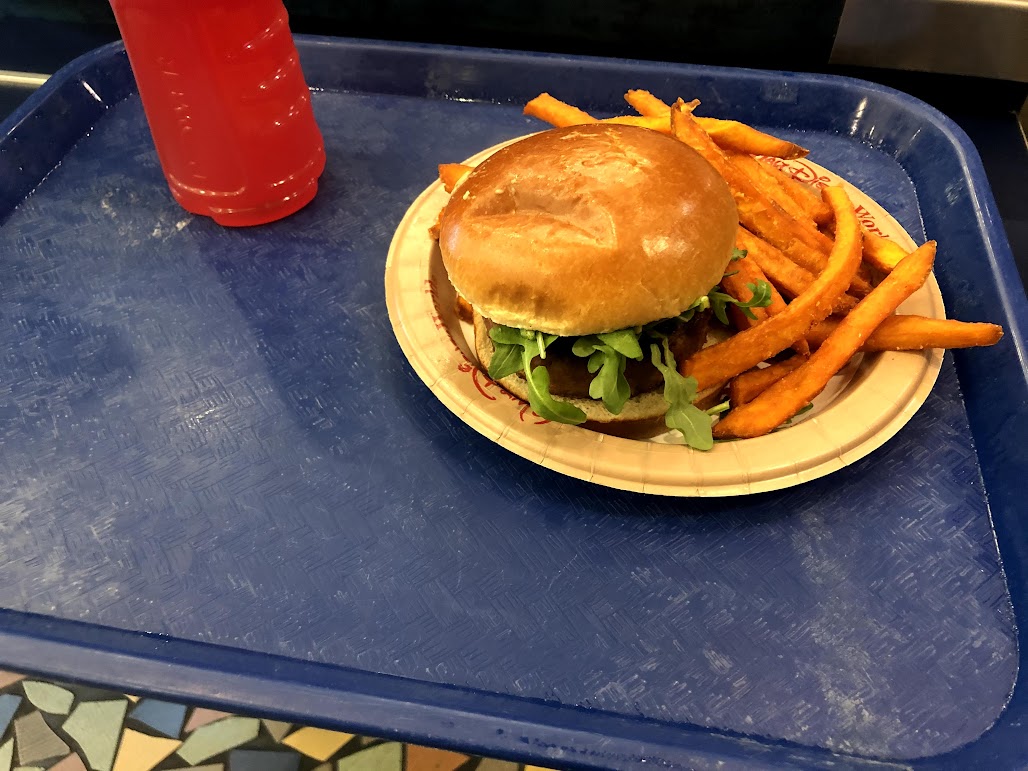 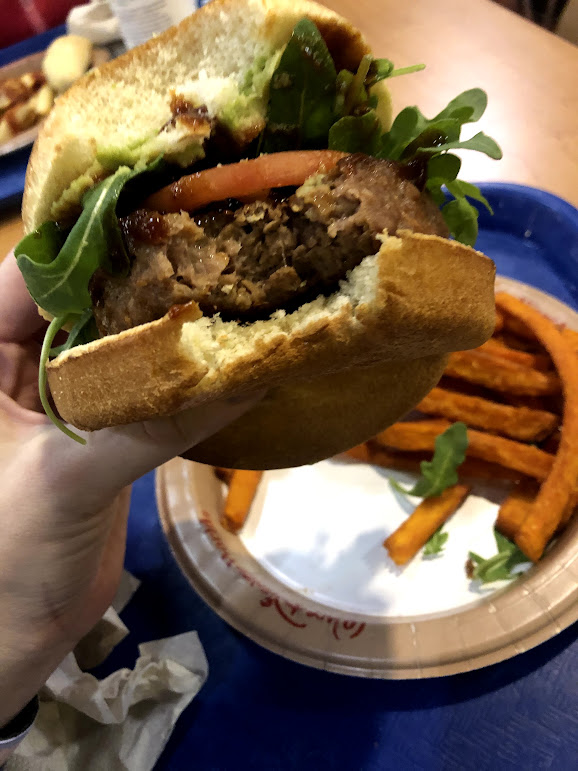 Cheshire Cafe: I finally got a Cheshire Cat Tail! It was good, too, although not out of the common way - less a chocolate croissant and more a lightly glazed donut with chocolate running through it. The frosting on top was a nice extra shot of sugar. I wouldn't go out of my way for one but it makes a decent breakfast if you want something lighter and/or don't feel like waiting in the Starbucks line. Damn, now that I'm posting this photo I kinda want one... 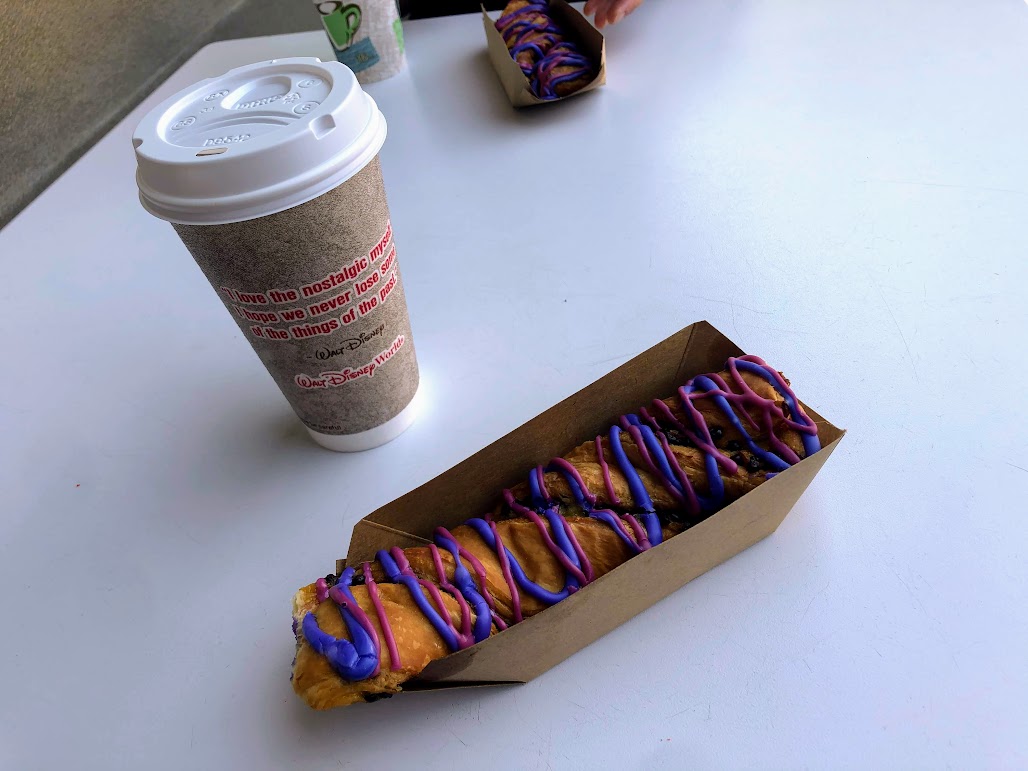 The Mara Bakery: I picked up a plant-based flamingo cake to enjoy after the marathon, which I did indeed do on the balcony and it was awesome. It was very dense and sweet and only lightly chocolate-y, but I very much enjoyed the cinnamon elements of the cake and the frosting was the sort of thick that I personally respond to. Would recommend, although I still need to try that peanut butter brownie... 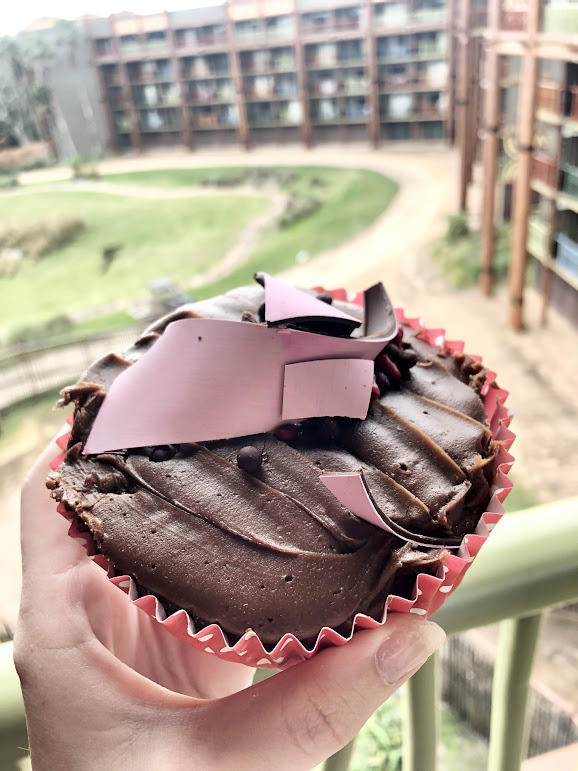 Choza Margarita: I went with the cucumber margarita, which was good - it didn't taste like it was from a mix, nor did it have that sugar-y taste crappy margaritas so often sport. It was a little bland, though; I think it could use some jalapeno or something to punch it up. I liked that it came with a cucumber spear. 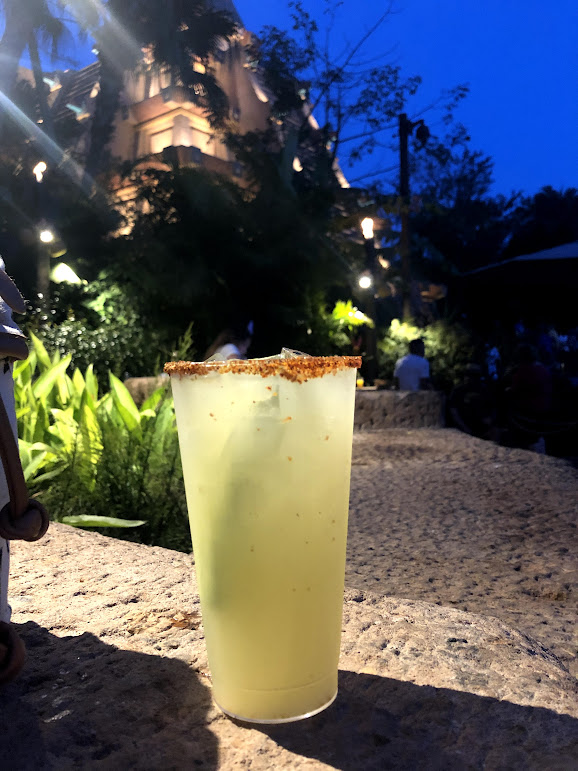 Les Halles Boulangerie Patisserie: I have not frequented Les Halles nearly as I should, but this was a good first foray. I got the Tartine aux Fromages, and it is completely worth your time: essentially pizza on good bread, it comes with a dollop of goat cheese that totally changes the game. Erika also let me try her Jambon Beurre, which is a ham and cheese sandwich covered with MORE cheese and when is that ever a bad idea? 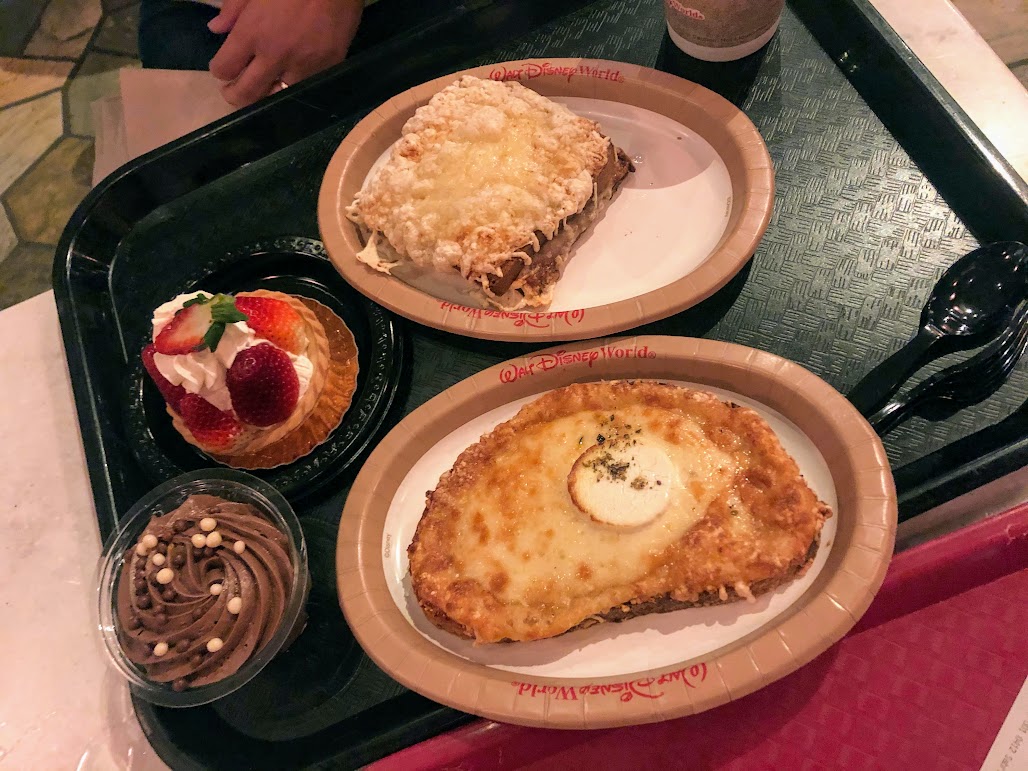 Ronto Roasters: We got breakfast wraps and they were SO GOOD. I mean, it's just sausage and eggs and cheese in a pita, but it was all hot and fresh and you should absolutely get one. Don't let this little droid guy slave away in vain. 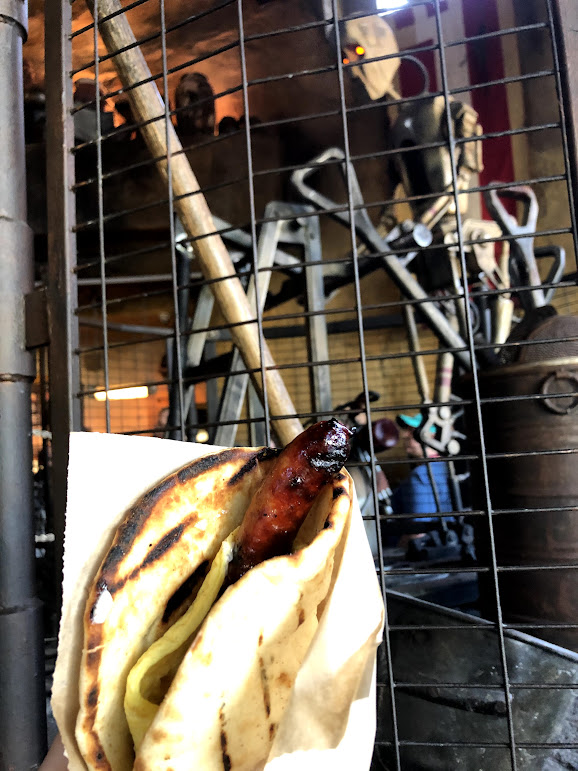 Don't forget, you can follow FRoA on Twitter @fairestrunofall. If you have any questions or thoughts, leave a comment or email fairestrunofall@gmail.com. See ya real soon!
Posted by Jenn at 9:19 AM