In Which Jenn Takes On The Virtual Parkeology Challenge

Are you familiar with the Parkeology Challenge? You can get the full lowdown here, but the gist is that you ride every single ride in the four main WDW theme parks. If it's a ride with cars/physical movement, it counts. So, Main Street vehicles? Counts. It's Tough To Be A Bug? That's a show; don't worry about it.

It's not something I've ever put too much thought into attempting myself, because I tend to be high enough on the anxiety scale as it is. 🤪 But when the Parkeology guys offered a virtual version in an attempt offset quarantine doldrums, I was all about it!

Basically the idea was that the Parkeology guys would spend 8 hours tweeting a ride, every 10 minutes. In that 10 minutes, it was up to you to tweet back a selfie that interpreted that ride. You could prep your selfies in advance or you could perform extemporaneously.

I chose to take all my photos the weekend before to keep the stress levels down, and starting 11am last Saturday I was right there tweeting my "rides." Some of them were frankly phoned in, but others I'm quite proud of!

With that in mind, I'm going to make YOU look at them. Presented in the order they were "ridden," with my effortlessly witty commentary intact, here are my entries in the Virtual Parkeology Challenge 2020, plus some hard-earned badges!

Photos after the jump because holy hell there are a lot of them...

Ride #19: Primeval Whirl
I did a video
"Some of you never learned how to spot in ballet class and it shows." 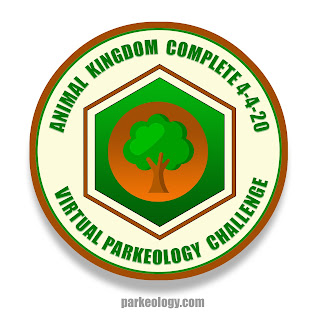 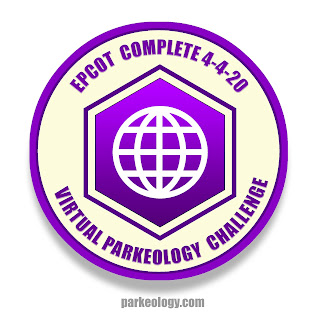 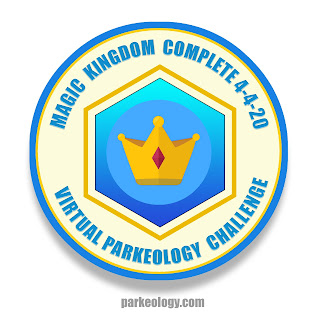 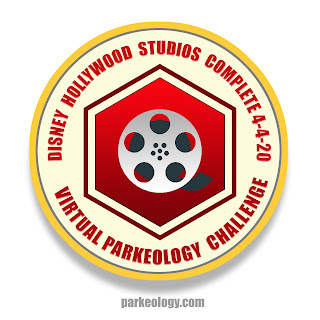 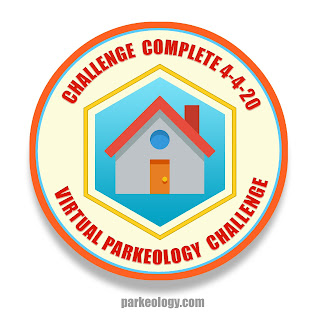 Did you participate in the Virtual Parkeology Challenge? Share your favorite photos!

Don't forget, you can follow FRoA on Twitter @fairestrunofall. It would thrill me extremely if you would leave a comment with any questions or thoughts. See ya real soon!
Posted by Jenn at 8:15 AM