I'm sure you know KT Tape. I've been using it for years. You probably have too. I tried Rock Tape once but found it to be little different for more money, and the CVS version worked okay but lacked sufficient stretch. No, KT Tape works fine for me. Hell, it once saved my IT band. I guess you could say I stan.

HOWEVER. Since moving to Puerto Rico, I have run into a bit of a problem: the humidity is so high here and the answering sweat so profuse that, well, this happens: 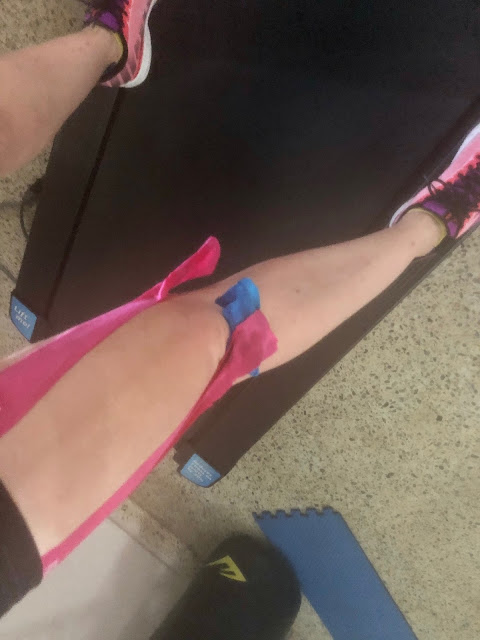 Yeah. And, like, ALL the damn time. If I wanna keep it on my body I need to barricade it with longer running pants, which sucks because, as I said, hella high humidity, but what can you do.

Perhaps you can do one thing. You can upgrade.

Turns out there are three versions of strip KT Tape: regular, Pro, and PRO EXTREME!!!!!!🔥🔥🔥 (Emphasis, er, mine. But how can you not???). Pro Extreme allegedly tackles a lot of the problems above, per the box below. Reviews on Amazon were mixed but since I was able to pick it up for a reasonable price I figured it was worth a shot. 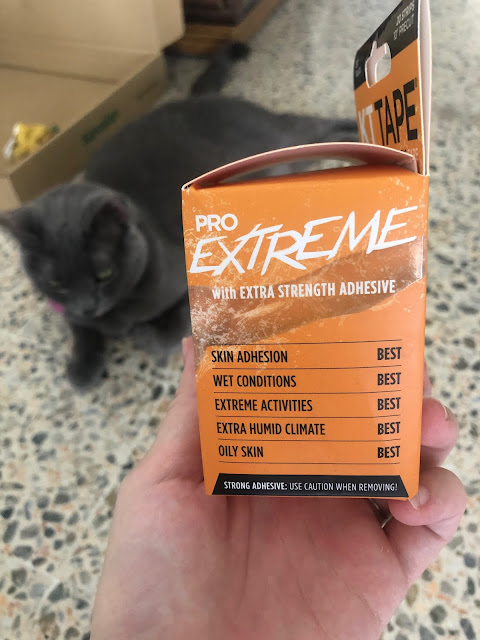 First thing I did was a one-to-one comparison with my last piece of KT Tape Pro, which is I think what they use at expo booths and as probably considered the standard when actively working out (although I've definitely used the original and gotten away with it). I did one knee in Extreme (black) and one in Pro (blue). I also made sure to wipe down my skin with a paper towel and then rub the tape after application. Here's where we started: 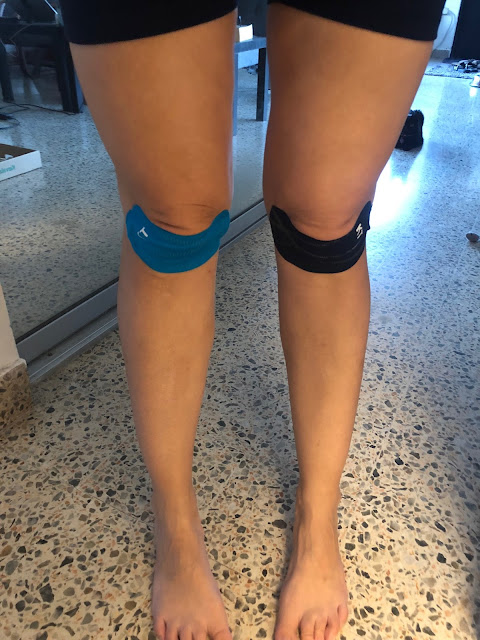 And here's where we ended after 3 miles. I had to yank the Pro off because flappy tape irritates me; top piece came off after about a mile and bottom piece surrendered around 2.5. Score one for Extreme, although you'll notice it didn't exactly come out unscathed either. 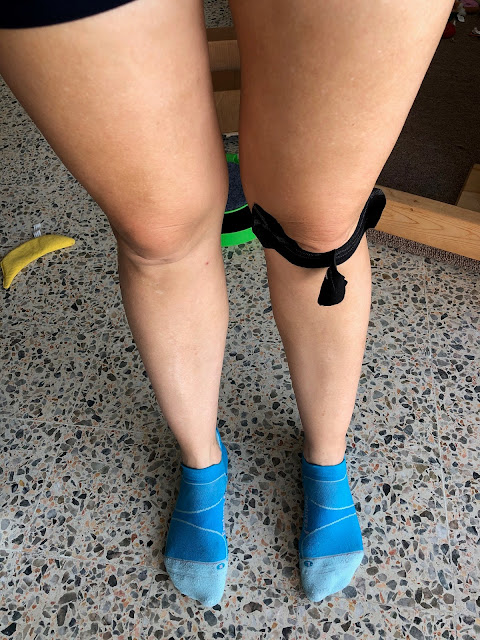 Nevertheless, I took a leap of faith and donned two full knees worth of Extreme(!!!!!!!!) for a 10 miler. Note I used the exact same style as for last January's WDW Marathon which was so hot and humid the course got shortened for some and as you can see from the finish line photos my Pro tape held. Here's where we started: 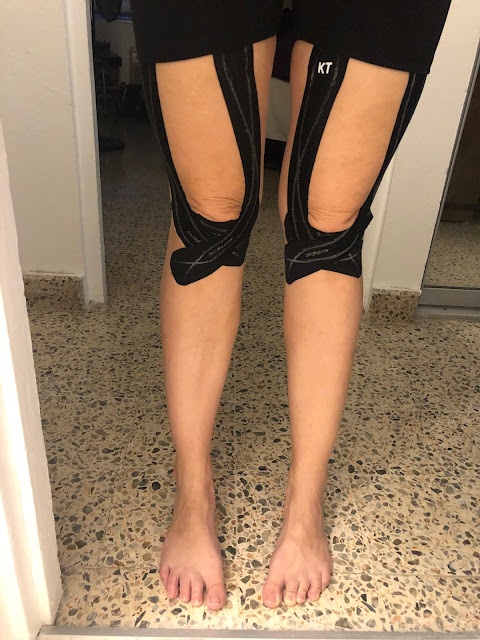 And here's where we ended. Weird, right? Both are Extreme but one stayed pretty well intact (although still showing a bit of peeling around the edges) whereas the other finally gave up the ghost entirely around mile 7.5, I think. 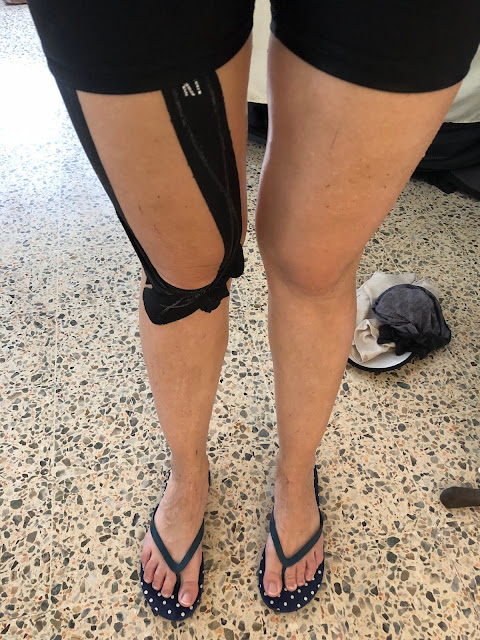 In neither test did I have any trouble removing the remaining tape; it slipped right off.

So I don't know. I'd say Extreme probably is noticeably more adhesive than Pro, but not to the point that you can 100% trust it in truly humid conditions. I will say that a KT Tape expo booth rep once sprayed me with alcohol to dry up my skin in advance and help with adhesion, so I might give that a shot. Still, I wanted to see what it could do straight out of the box first, as ideally we wouldn't need to add anything to our sleepy morning pre-run routines. Alas.

One other note: a different KT Tape booth rep another year entirely once told me they had stopped utilizing any stretch when applying the tape. I did not like this and wound up redoing my tape myself the way I'm used to, but maybe it's not designed for torque anymore? Feels off to me but who knows.

I wouldn't discourage you from giving Extreme a chance if you feel like you could use it, but definitely shop around. You can get it on Amazon for comparable prices to Pro if you're not picky about color.

Have you used KT Tape Pro Extreme? Did it work for you?