In Which Timehop Throws Shade At Disney???

Holy smoke Rocky, guys, I know I just posted, but I saw the FUNNIEST thing in my Timehop yesterday and I had to share!

You guys know Timehop, right? The app that shows you all the stuff you posted on this day on your various social medias and that stuff? In addition to populating with your own on-this-day photos and tidbits, it also sometimes shows some historic events and such that occurred on that day too. Various Disney park openings and movie debuts have sometimes been included as the day's fun fact, because, I always assumed, many of Disney's accomplishments are objectively historical.

As of today, though, I begin to wonder if a Disney blogger moonlights as a Timehop exec, because this is some niche humor: 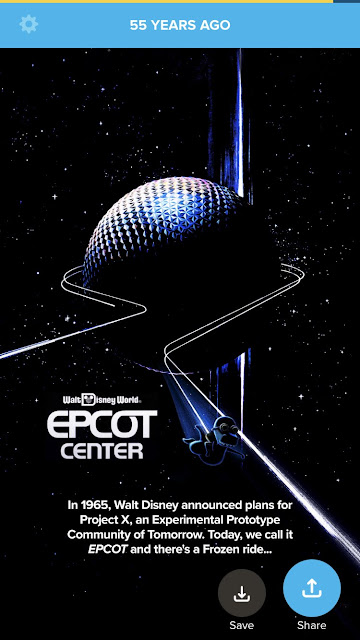 Ha! Today we call it EPCOT and it has a Frozen ride...!

I mean, we all know the story about why Epcot never became the Epcot as Walt envisioned it. It's the Frozen dig that kills me. That is some vintage late-2014, still-bitter-about-the-closing-of-Maelstrom, why-is-there-IP-in-Epcot-it-doesn't-belong-here shade. I'm surprised they didn't have that little dinosaur guy dressed as a Viking at the end.

I can't wait until the new Guardians of the Galaxy coaster opens and we find out what Timehop has to say about that. I'm guessing with all the ousted dinosaurs it's gonna get real personal real fast.

Disney, man. You find it in the darnedest places!