In Which Jenn Engages In Race Schedule Speculation

It feels like I JUST put together my 2014 race plans - April was yesterday, right? What, it's practically tomorrow? Jesus.

Anyway, given that I just knocked out the last of those goals, it seems logical to jot down the new ones, right? Unfortunately, I don't have that much ahead of me, not officially - I'm only registered for the Cherry Blossom Ten Miler in April and then from there it's just a bunch of theories. Help me flesh them out! 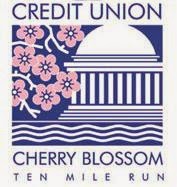 Theory #1. We should find a fun 5 or 10K or two to do, right? There's an 8K at Busch Gardens Williamsburg at the end of the year but there must be something interesting happening before that. I liked the Electric Run but that's not for awhile either. Does anyone know of any good ones that come through DC or Baltimore?

Theory #2. Moon and I plan to enter the lottery for this year's Marine Corps Marathon. Moon's still looking to knock out her first marathon and I've forgotten enough of my experience to believe it might be fun to do it again.

Theory #3. Moon needs to do another runDisney race, yes? But for financial reasons, we're not looking at any options before next year. Right now the most likely outcome is revisiting the Princess Half in 2016, and Moon says she'd be totally up for the Glass Slipper Challenge. Registration doesn't open until July so we have some time to decide.

Theory #4. I think I'd like to find another half, either something in May or starting in late September. Maybe the Navy/Air Force Half? Although that one is pretty close to MCM so maybe not. Any recommendations?

Too Amorphous To Even Be Called A Theory, Really. So... I'm in a vulnerable place right now. Aside from the still-theoretical February 2016 trip, I have NO IDEA when I will next be at Walt Disney World. I haven't had to deal with this feeling in over two years, and it does not feel good. I don't PLAN to runDisney until the 2016 Princess Half, but if someone in my awesome Disney network were to, y'know, make a suggestion... Come up with a plan...

I'm not telling anyone to do anything. I'm just SAYING.

What's on your race schedule?