In Which Jenn Sees Julie Andrews In Person 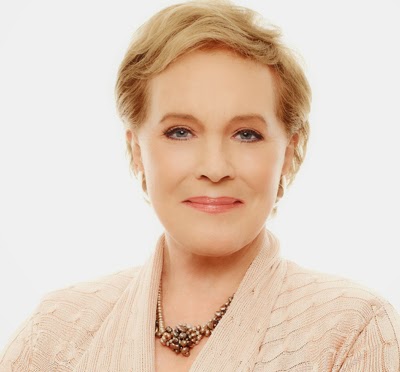 I have been working for a performing arts center for over three years. Never in those three years have I been as excited as I was when this very special booking came through:

Tragically, restrictions on the number of people backstage made it impossible to meet her personally. But I did take a seat in the orchestra tier - a mere few hundred feet away from JULIE ANDREWS IN THE FLESH - and listened to her real voice for realsies.

She told lots of great stories about her life, but of course it's the Mary Poppins stuff I want to talk about here.
Obviously, if you EVER have the chance to see Julie Andrews speak in person, JUMP ON IT. She doesn't tour a lot and it's 100% worth the cost. She remains one of my personal heroes - and maybe if I'm lucky I'll get to meet her properly next time!

Jenn is running the 2015 Marine Corps Marathon for the Diabetes Action Team. Will you help her earn her bib while fighting diabetes? Click here to make your tax-deductible donation.